Weather Situation: An upper trough and associated cut-off low will move slowly eastward across southern Queensland through today before rotating over southeast Queensland on Friday. A surface trough near the northeast NSW and southeast Queensland coasts will deepen in response to this upper weather system through today. The trough is forecast to remain slow-moving into Friday, producing periods of heavy rainfall with embedded thunderstorms.

HEAVY RAINFALL which may lead to FLASH FLOODING is forecast over areas northeast of Tenterfield, Dorrigo and Bellingen through today (Thursday) and likely to continue about the Northern Rivers on Friday. Six-hourly rainfall totals between 70 to 100 mm are likely, increasing to 100 to 160 mm over areas east of about Kyogle and Grafton.

Locations which may be affected include Tweed Heads, Lismore, Grafton, Coffs Harbour, Tenterfield, and Dorrigo. 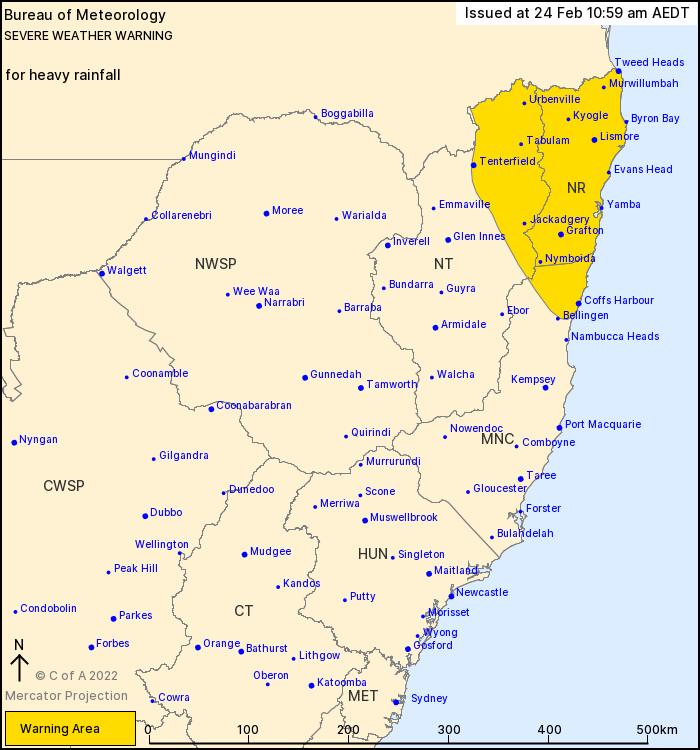