HEAVY RAINFALL which may lead to FLASH FLOODING is forecast to develop about the Illawarra and parts of the South Coast and Southern Tablelands districts from this evening. Rainfall will also extend into the Metropolitan and parts of the Central Tablelands and Hunter districts early Thursday morning. Six-hourly rainfall totals between 60 to 100 mm are likely, reaching up to 140 mm over coastal areas.

A Flood Watch is current for parts of southern and central New South Wales. For more details, please visit www.bom.gov.au/nsw/warnings.

Locations which may be affected include Bega, Batemans Bay, Nowra, Goulburn, Wollongong, Sydney, Katoomba and Gosford. 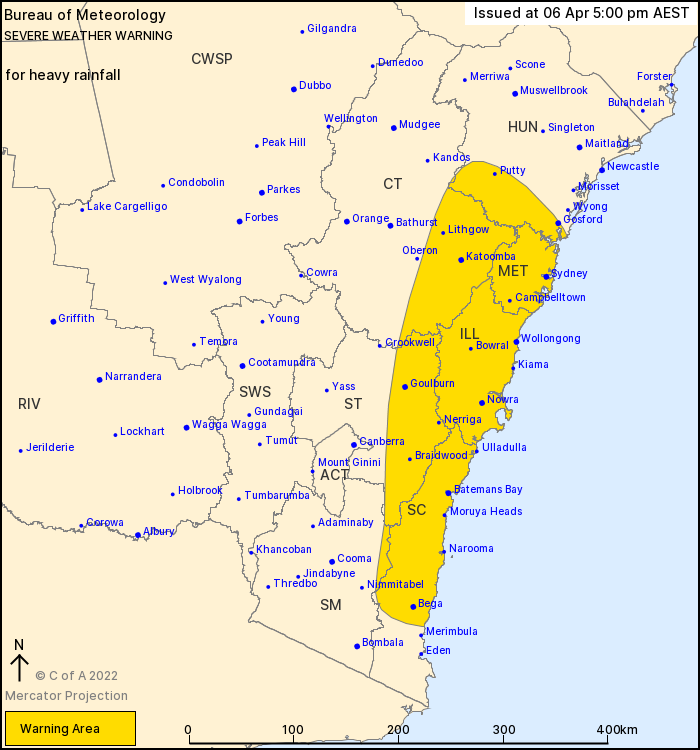