For people in Upper Western and parts of Lower Western Forecast Districts.

Weather Situation: A significant upper trough and associated low over southern Australia will continue to interact with a deep, tropical airmass to produce areas of heavy rainfall with embedded thunderstorms over western New South Wales today and early on Wednesday.

HEAVY RAINFALL which may lead to FLASH FLOODING is forecast to continue around the western border before contracting eastward to areas around White Cliffs and Wilcannia later today, and further east towards the Cobar region in the early hours of Wednesday morning. Six hourly rainfall totals between 40 to 60 mm are likely with falls up to 75 mm possible with thunderstorms.

The threat of heavy rainfall will ease during Wednesday morning.

Locations which may be affected include Tibooburra, Cobar, Wanaaring, Broken Hill, Ivanhoe and Menindee. 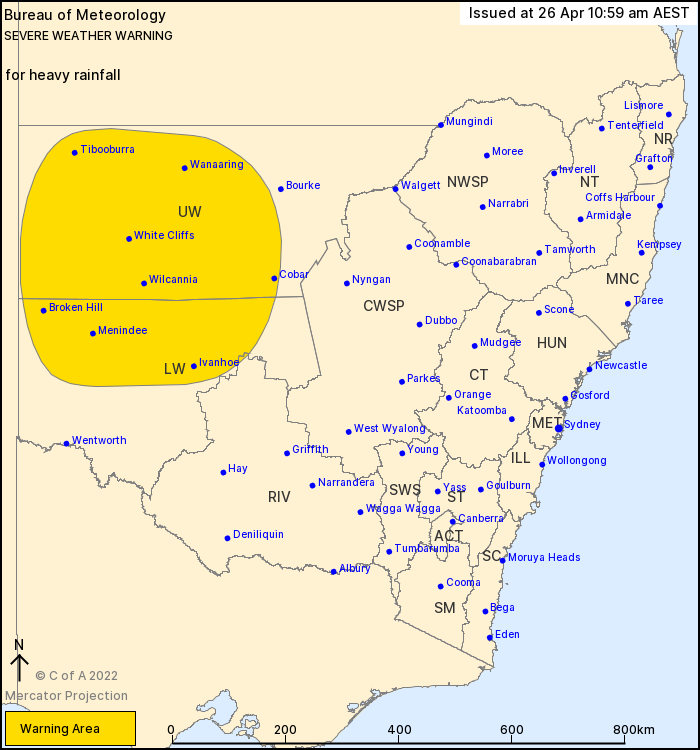