FLOODING EXPECTED TO CONTINUE INTO LATER THIS WEEK IN MANY PARTS OF THE TOP END.

Ex-Tropical Cyclone Esther is expected to continue moving towards the west and pass into the Kimberley as a deep tropical low.

Further daily rainfall totals of 50 - 150 mm are expected in many parts of the Bonaparte and North West Coastal Rivers into tomorrow before easing on the weekend.

Widespread areas of localised flooding and significant river rises in larger river systems can be expected to continue in Carpentaria, Bonaparte and North Western Coastal Rivers into the rest of this week. Widespread disruption to roads can be expected with major transport routes possibly impacted as well. Some communities and homesteads may become or remain isolated.

A minor flood warning for the McArthur River is current.

Catchments likely to be affected include:
Upper Victoria River

See www.bom.gov.au/australia/warnings to view all of the Bureau's current warning products.

More information on the Flood Watch Service and maps of Flood Watch areas are available at www.bom.gov.au/water/floods/floodWarningServices.shtml .
Flood Safety Advice:

The Northern Territory Emergency Service advises that people should:

* Stay away from flooded drains, rivers, streams and waterways.

* Prepare for flooding and move away while safe to do so.

For emergency help in floods, storms and cyclones call 132 500.

Emergency information is available at www.securent.nt.gov.au .

The latest road conditions are available at www.roadreport.nt.gov.au . 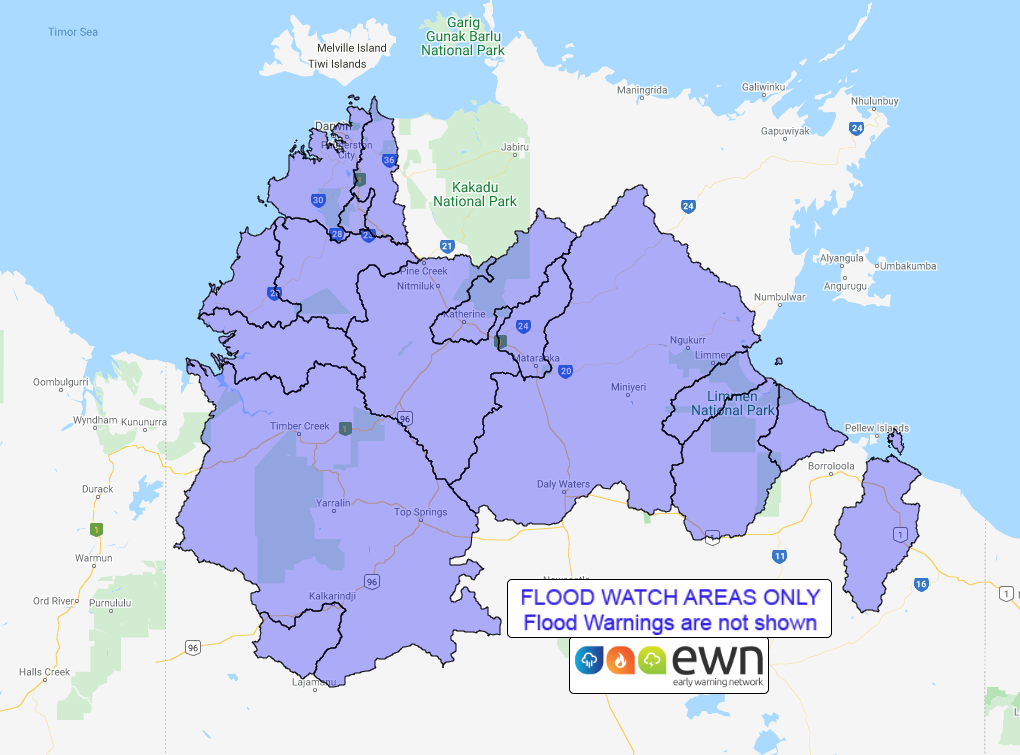