MINOR TO MAJOR FLOODING POSSIBLE ACROSS THE FLOOD WATCH AREA

A coastal trough is expected to develop along the southern Queensland coast during the next few days. The coastal trough and an approaching upper trough will enhance the risk of heavy rainfall in southeastern parts of the state from as early as Tuesday evening.

Catchments are wetting up from rainfall over the last few days, and are likely to respond quickly to further rainfall.

Heavy rainfall is expected from overnight Tuesday in parts of the Flood Watch area.

River level rises are likely to follow periods of heavy rainfall, however, the timing and areas for initial flood impacts are uncertain across the Flood Watch area. Flood Warnings will be issued for catchments with observed rainfall where flooding is expected.

Flood Safety Advice:
This Flood Watch means that people living or working along rivers and creeks should monitor the latest weather forecasts and warnings. 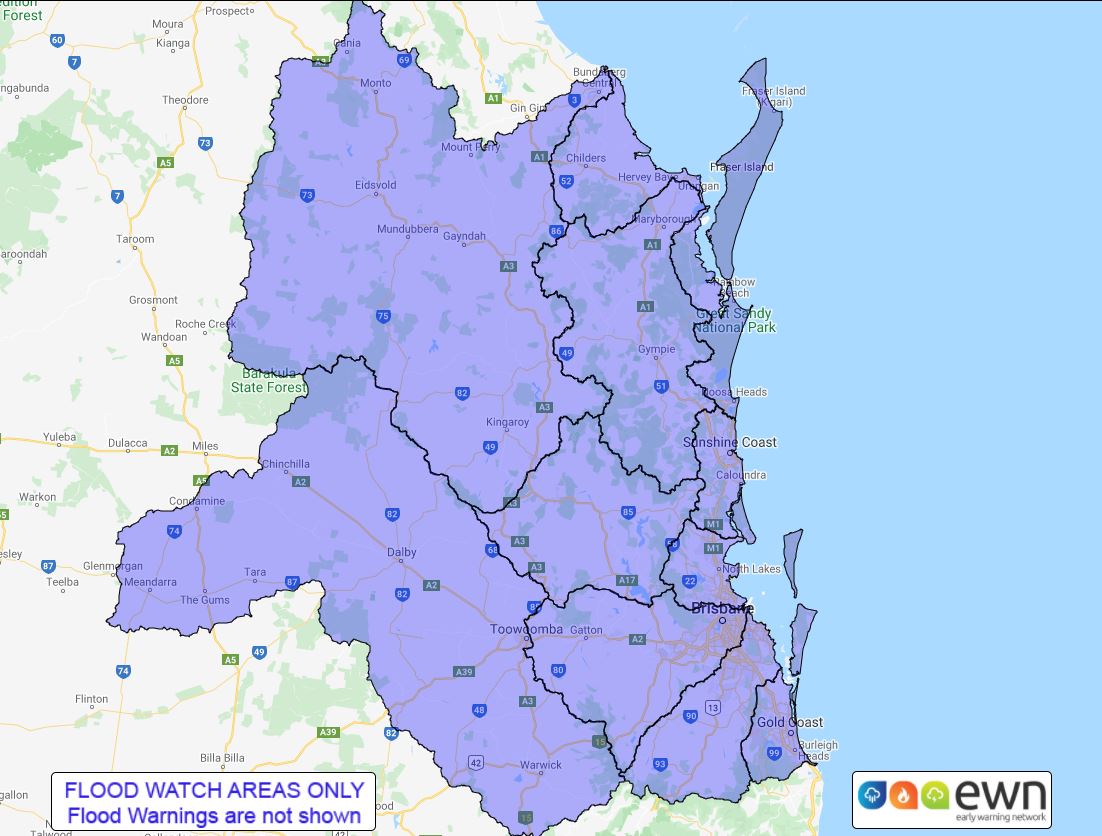