A trough extends through central Queensland and the southern interior, weakening on Monday. A second trough sits near the southeast coast, this trough will deepen on Monday in response to an approaching upper trough, with the trough system moving away on Wednesday.

Parts of the region remain wet following recent rainfall with flooding continuing in some areas.

River level rises are expected, with areas of minor to moderate flooding possible across the Flood Watch area from later on Sunday, with rises in South East Queensland from Monday.

Localised flooding is possible associated with isolated showers and thunderstorms across the Flood Watch area.

Flood warning is current for the Bokhara River.

Catchments likely to be affected include:
Sunshine Coast Rivers and Creeks 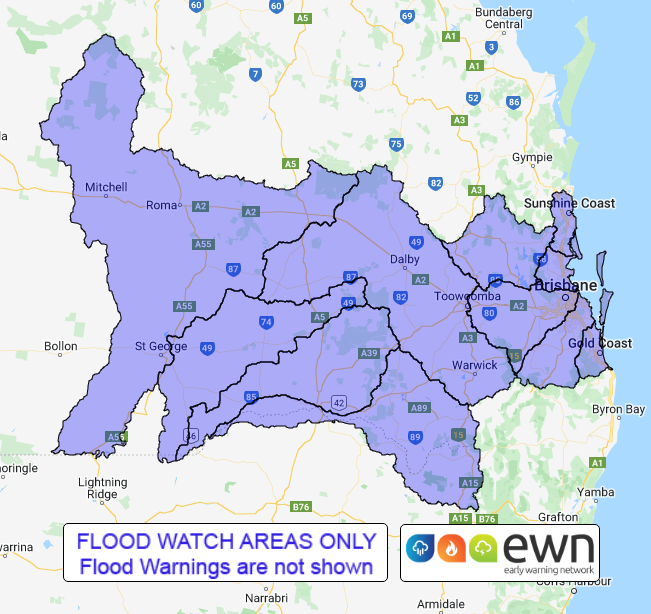