Weather Situation:
Severe thunderstorms remain active over southwest Queensland along a pre-frontal trough associated with a cut-off low pressure system over South Australia.
Supercell thunderstorms with the risk of destructive winds, giant hailstones, and intense rainfall are possible in the Central West from the late morning.

Severe thunderstorms are likely to produce damaging winds, large hailstones and heavy rainfall that may lead to flash flooding in the warning area over the next several hours. Locations which may be affected include Longreach, Isisford, Barcaldine, Tambo, Blackall, Stonehenge, Ilfracombe, Aramac and Brighton Downs.

Severe thunderstorms are no longer occurring in the Maranoa and Warrego district and the warning for this district is CANCELLED. 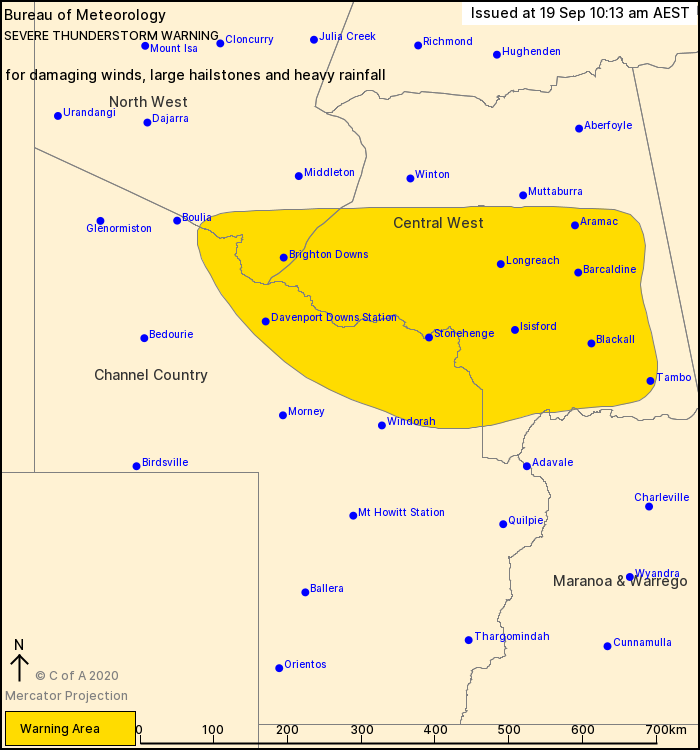