Weather Situation: A humid and unstable airmass to the east of a trough in the interior is triggering thunderstorms this afternoon.

Severe thunderstorms are likely to produce damaging winds and heavy rainfall that may lead to flash flooding over the next several hours in parts of the Gulf Country, Northern Goldfields and Upper Flinders, North West, Central Highlands and Coalfields, Central West, Maranoa and Warrego and Darling Downs and Granite Belt districts. Locations which may be affected include Roma, Charleville, Longreach, Mount Isa, Cloncurry, Georgetown, Stanthorpe and Goondiwindi.

Severe thunderstorms are likely to produce damaging winds over the next several hours in parts of the Channel Country district. Locations which may be affected include Bedourie, Glenormiston and Davenport Downs Station.

Severe thunderstorms are no longer occurring in the North Tropical Coast and Tablelands district and the warning for this district is CANCELLED. 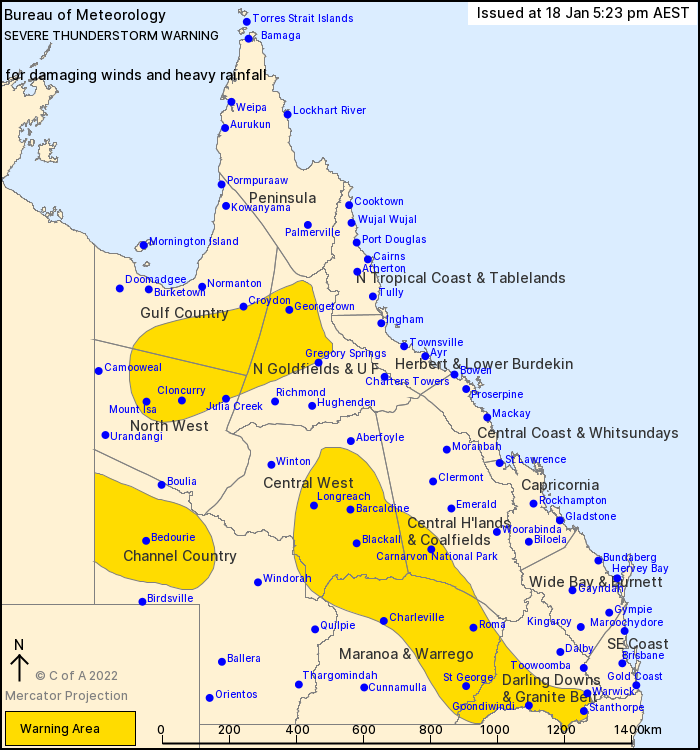