For people in parts of Central Highlands and Coalfields, Maranoa and Warrego and Southeast Coast Forecast Districts.

Weather Situation:
Severe thunderstorms are likely to produce intense rainfall that may lead to dangerous and life-threatening flash flooding in the warning area over the next several hours in the far southeast. Locations which may be affected include Gold Coast, Moreton Island, Beaudesert, Coolangatta, Cleveland, Jimboomba and Mount Tamborine.

Severe thunderstorms producing heavy falls are likely in the Maranoa and Warrego and also the southern Central Highlands and Coalfields. Locations which may be affected include Roma, Taroom and Injune. 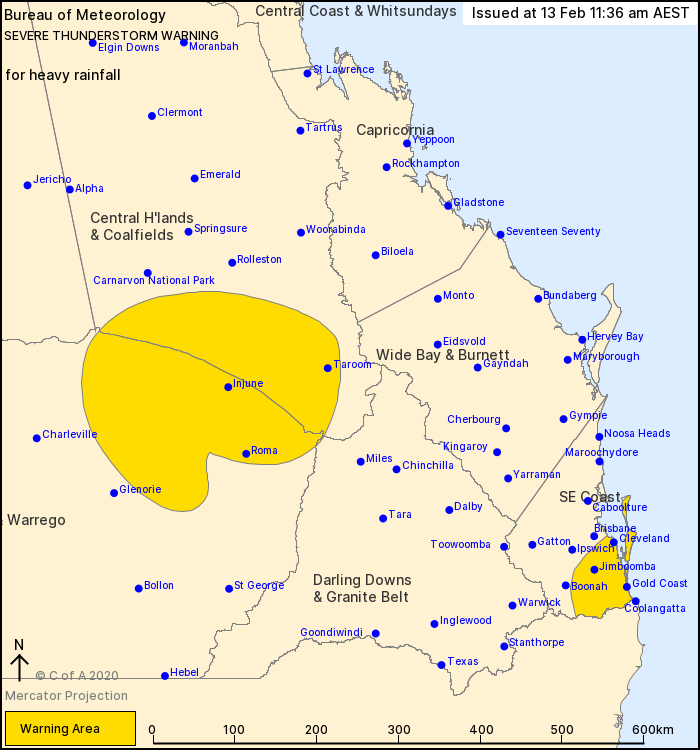