For people in parts of Channel Country, Maranoa and Warrego and Darling Downs and Granite Belt Forecast Districts.

Heavy rainfall with embedded thunderstorms across southwest and southern Queensland.

Weather Situation: A trough extends from a low embedded in the monsoon trough over northern Western Australia southwards into northern South Australia and southwestern Queensland. Convergence in an environment with significant tropical moisture will lead to widespread heavy rainfall with embedded thunderstorms.

HEAVY RAINFALL which may lead to flash flooding is forecast to continue over southwest Queensland tonight and extend eastward across the southern interior during Wednesday.

Severe thunderstorms with heavy rainfall are also possible in the warning area.

Locations which may be affected include Thargomindah, Cunnamulla, Quilpie, Bollon, Eromanga and Ballera. 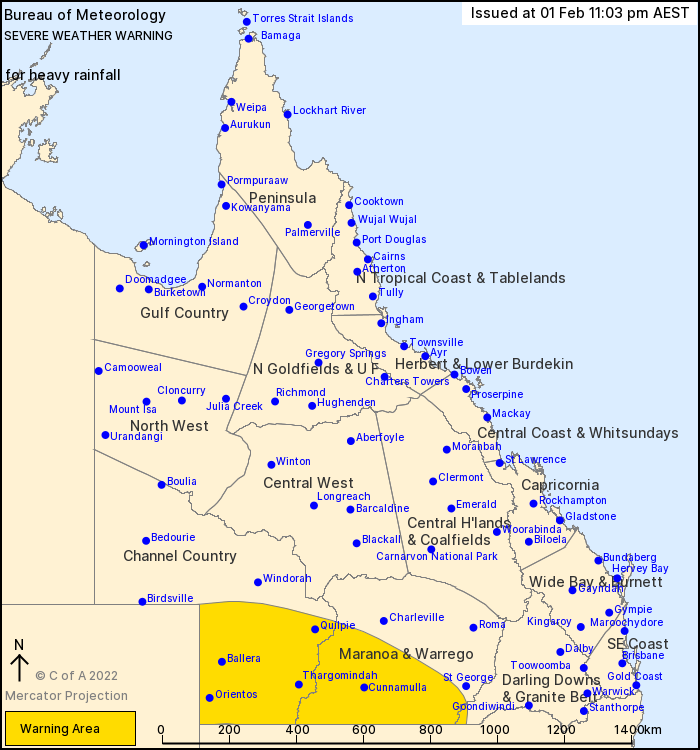