The Country Fire Service advises you to:

Action your Bushfire Survival Plan now.
Monitor the fire and weather situation through your local radio station, www.cfs.sa.gov.au, and www.bom.gov.au.
Call 000 (Triple Zero) in an emergency.

For information on preparing for bushfires go to www.cfs.sa.gov.au. 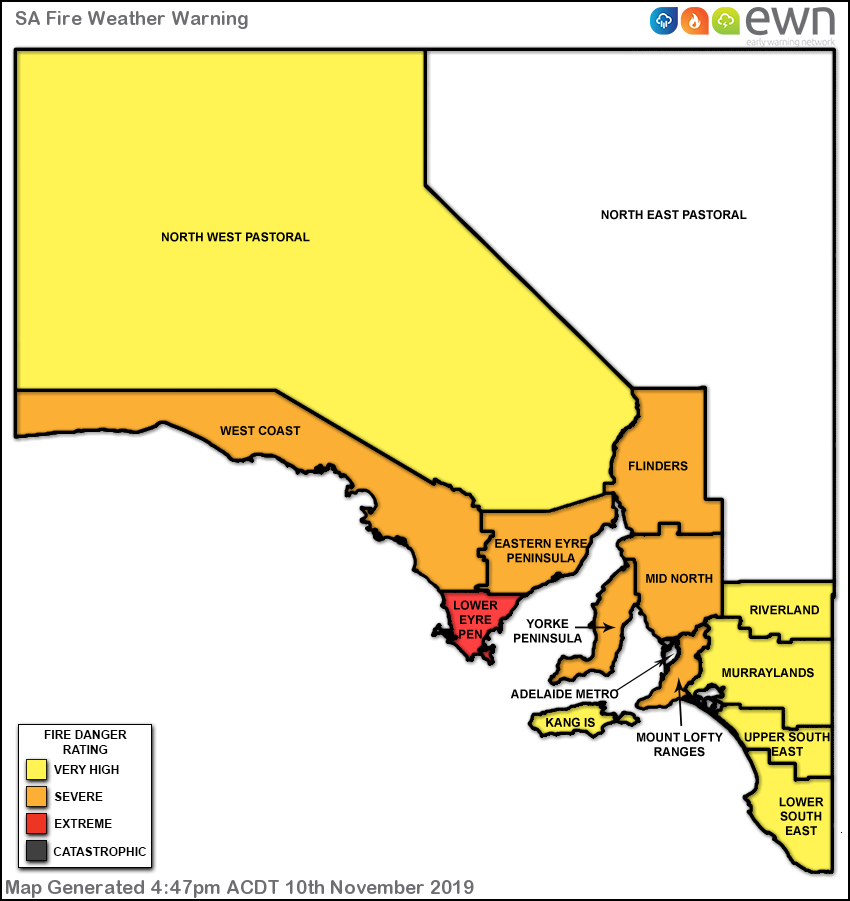