Weather Situation: A humid and unstable airmass lies east of a trough of low pressure in the east of SA.

Severe thunderstorms are likely to produce damaging winds and heavy rainfall that may lead to flash flooding over the Flinders and parts of the North East Pastoral districts over the next several hours. Locations which may be affected include Leigh Creek, Hawker and Olary.

Severe thunderstorms are likely to produce damaging winds over the Mid North and parts of the Northwest Pastoral districts. Locations which may be affected include Clare, Ernabella, and Jamestown.

The State Emergency Service advises that people should:
* Secure or put away loose items around your property.
* Move cars under cover or away from trees.
* Keep clear of fallen power lines.
* Don't drive, ride or walk through flood water.
* Keep clear of creeks and storm drains.
* Stay indoors, away from windows, while storms are nearby. 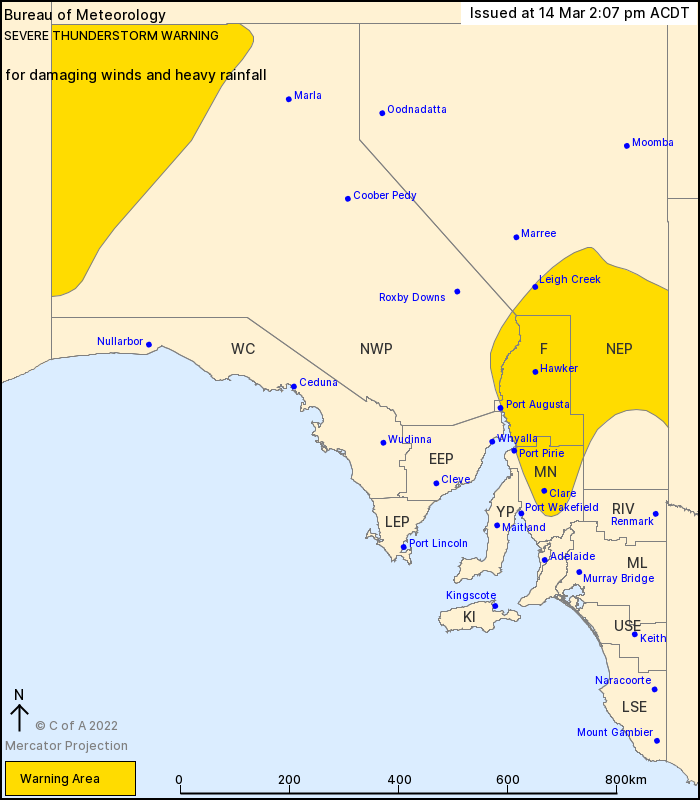