For people in parts of Flinders and North East Pastoral districts.

Severe thunderstorms are likely to produce heavy rainfall that may lead to flash flooding in the warning area over the next several hours. Locations which may be affected include Arkaroola, Olary, the area east of Lake Frome, the Strzelecki Track south of Moomba and Danggali Conservation Park.

Marree has recorded 93mm of rain in thunderstorms overnight, with around 60mm in 2 hours between 3am and 5am.

Other notable observed rainfall totals: 43mm at Melton, 41mm at Woomera and Motpena Station, and 40mm at Mount Ive. 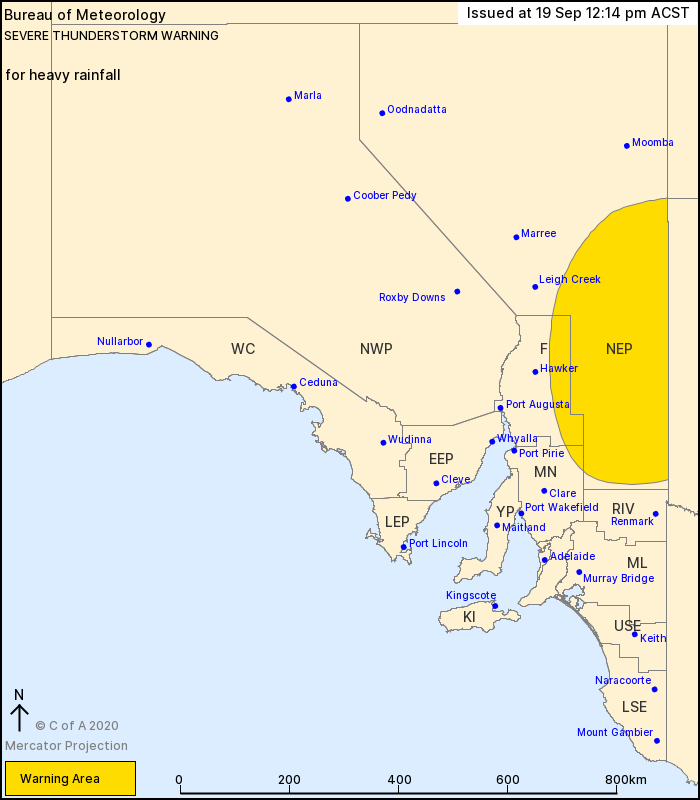