Severe thunderstorms are likely to produce heavy rainfall that may lead to localised flash flooding in the warning area over the next several hours. Locations which may be affected include the Adelaide Hills and Gawler.

35 mm has been recorded at Crafers West in the last hour. Belair has recorded 20 mm in the same period. 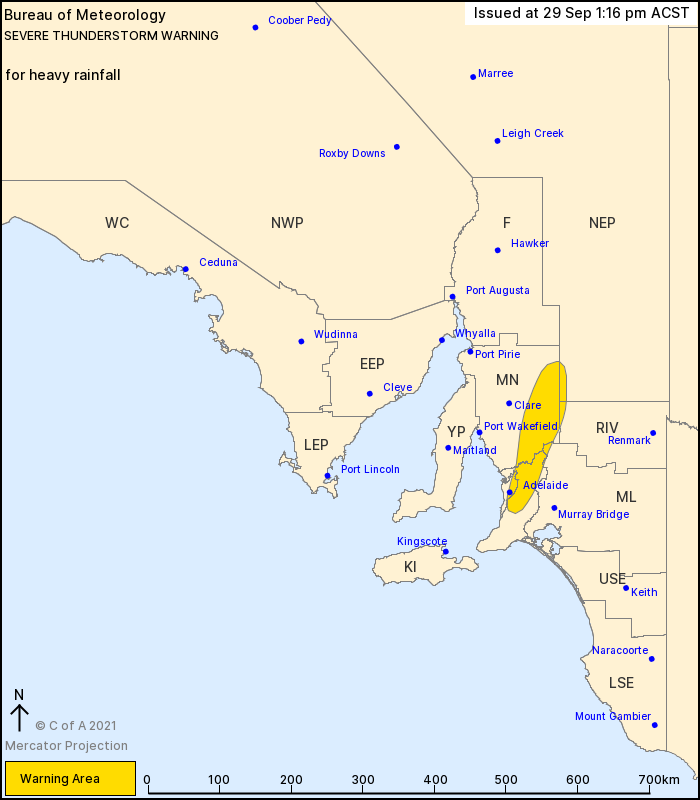