For people in West Coast and parts of North West Pastoral districts.

Slow-moving bands of thunderstorms capable of heavy rainfall are developing over the west of South Australia.

Weather Situation: A moist airmass of tropical origin extends across northeast and central SA on the eastern flank of a surface trough. An upper low near the Head of the Bight will drift eastwards and assist in storm development.

Severe thunderstorms are likely to produce heavy rainfall that may lead to flash flooding in the warning area over the next several hours. Locations which may be affected include Ceduna, Coober Pedy, Wudinna, Elliston, Maralinga and Tarcoola.

The State Emergency Service advises that people should:
* Don't drive, ride or walk through flood water.
* Keep clear of creeks and storm drains.
* Stay indoors, away from windows, while storms are nearby.
. 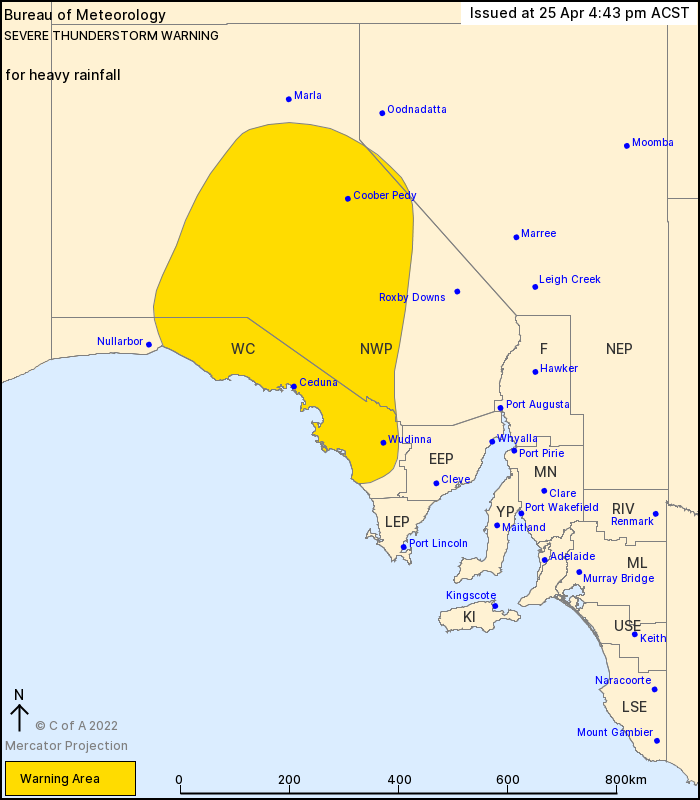