Windy conditions over southern parts of SA on Wednesday.

Weather Situation: A cold front will move across southern SA during Wednesday. It is forecast to reach Eyre Peninsula and western Kangaroo Island around midday; Adelaide and the South East coast late afternoon. Strong to damaging north to northwesterly winds will turn westerly with squally showers and isolated thunderstorms to follow.

Strong north to northwesterly winds may become damaging, averaging 50-65 km/h, with gusts of 80-100 km/h, over parts of the warning area during Wednesday morning ahead of the cold front. Coastal districts and the higher parts and nearby eastern and southeastern slopes of the Mount Lofty Ranges are most likely to be affected.

Localised damaging wind gusts in excess of 90 km/h may occur with and following the cold front, mostly with squally showers and thunderstorms.

For the Adelaide area, the strongest winds are likely from around late afternoon through to late evening. 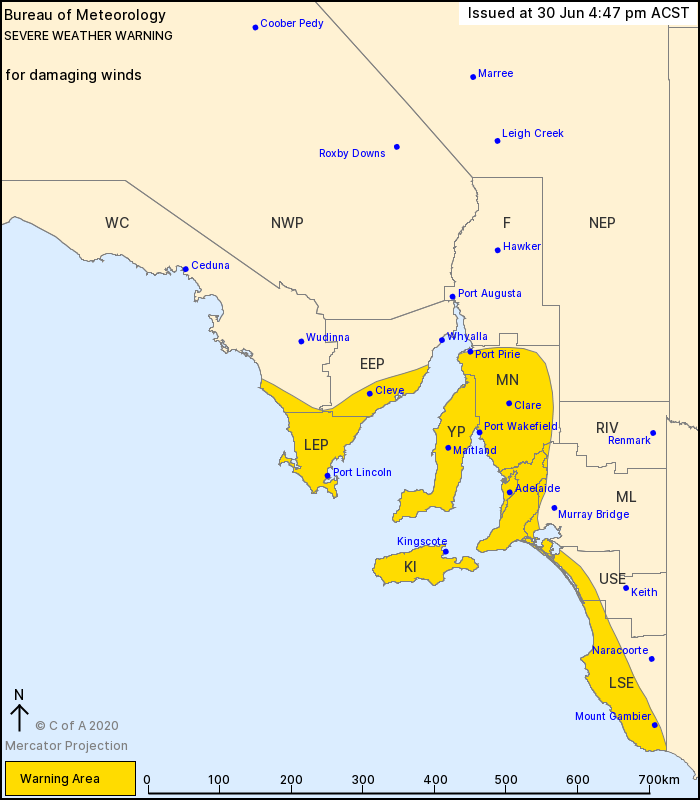