Weather Situation: Strong and gusty north to northwesterly winds ahead of a cold front which will move across the far west of the State in the late afternoon and evening.

DAMAGING NORTH TO NORTHWESTERLY WINDS averaging 50-65 km/h at times, with wind gusts around 90 km/h are expected in the west early this afternoon. This area of damaging winds will extend eastwards across central and eastern parts of the warning area, including the Mount Lofty Ranges, overnight.

Overnight, damaging winds are most likely over elevated ground and southeastern slopes.
Reduced visibility with areas of dust are also possible in western parts of the warning area today and northeastern parts on Wednesday.

Winds will gradually ease in western parts of the warning area during the evening as winds turn west to southwesterly behind the cold front.

Locations which may be affected include Cook, Port Lincoln and Cleve extending to Strathalbyn, Murray Bridge and Hawker overnight. 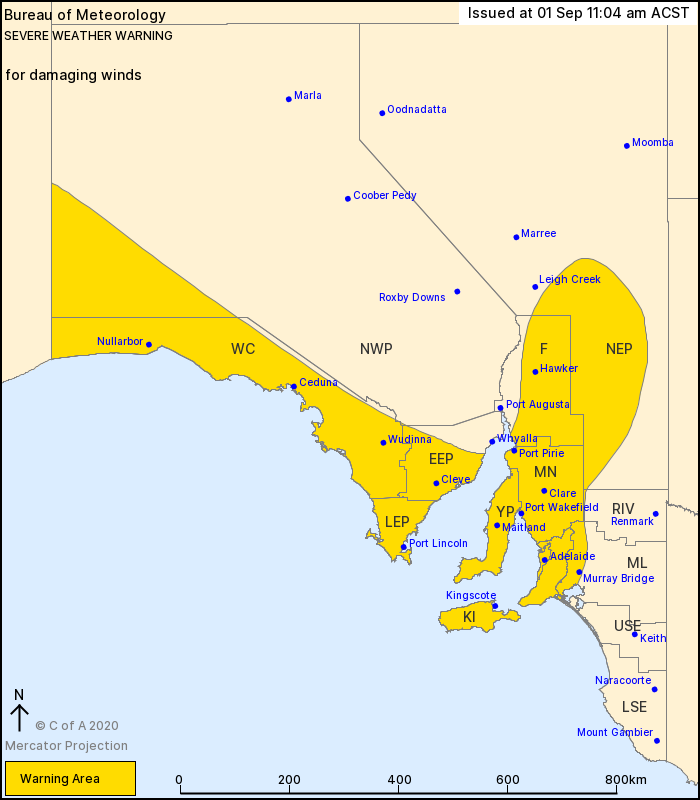