Damaging winds, locally averaging 50-70 km/h with peak gusts in excess of 90 km/h, are forecast to develop over the warning area from later Thursday afternoon. 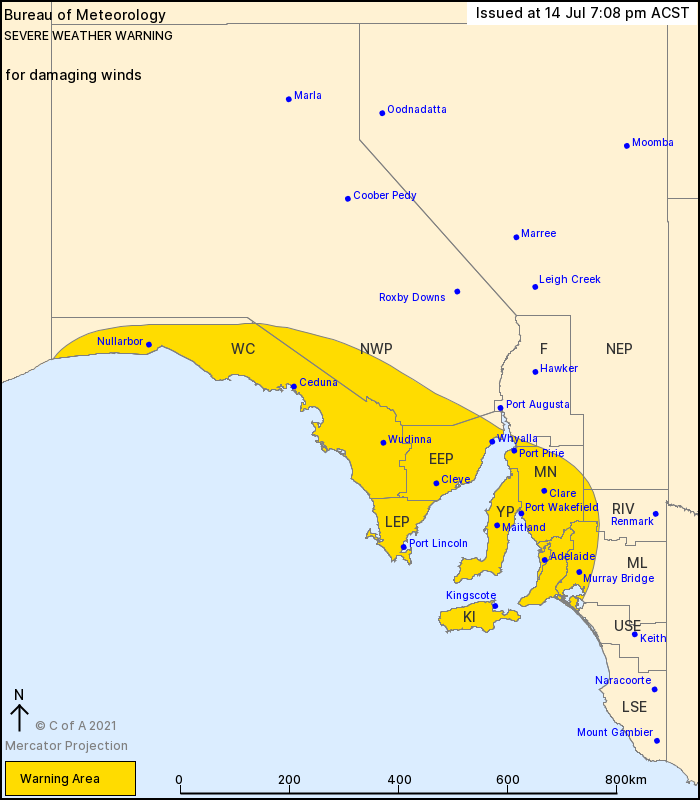