Damaging winds and gusty showers and thunderstorms over southern SA.

Strong west to northwesterly winds locally reaching 50-65 km/h with gusts of around 90 km/h are expected this evening and continuing into Friday.

Locations which may be affected include Adelaide, Port Lincoln, Whyalla, Mount Gambier, Ceduna and Kingscote.

There has been reports of property damage at Kingscote on Kangaroo Island earlier this morning and at Kadina on Yorke Peninsula this afternoon.

Tree and powerline damage has been reported across parts of Adelaide Metro between 3:30 and 4pm resulting in some power outages. 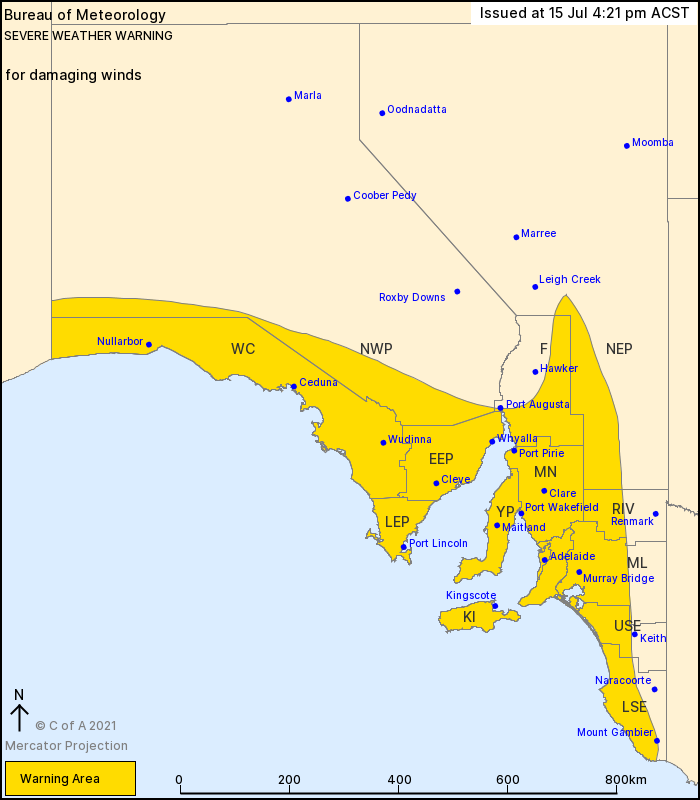