For people in Moreton Bay and parts of Somerset, Sunshine Coast and Brisbane City Council Areas.

The Bureau of Meteorology warns that, at 8:05 pm, severe thunderstorms were detected on the weather radar near Mount Nebo, Highvale and the D'Aguilar Ranges. These thunderstorms are moving towards the north. They are forecast to affect Dayboro by 8:35 pm and Caboolture, Mount Mee, Wamuran and Woodford by 9:05 pm.

Damaging winds, large hailstones and heavy rainfall that may lead to flash flooding are likely.

Kuss Road received 61mm in 30 minutes in the hour between 7-8pm.

Tallegalla has received 53mm in 30 minutes in the hour between 7-8pm..

Rathdowney recorded 52mm in the hour between 4-5pm. 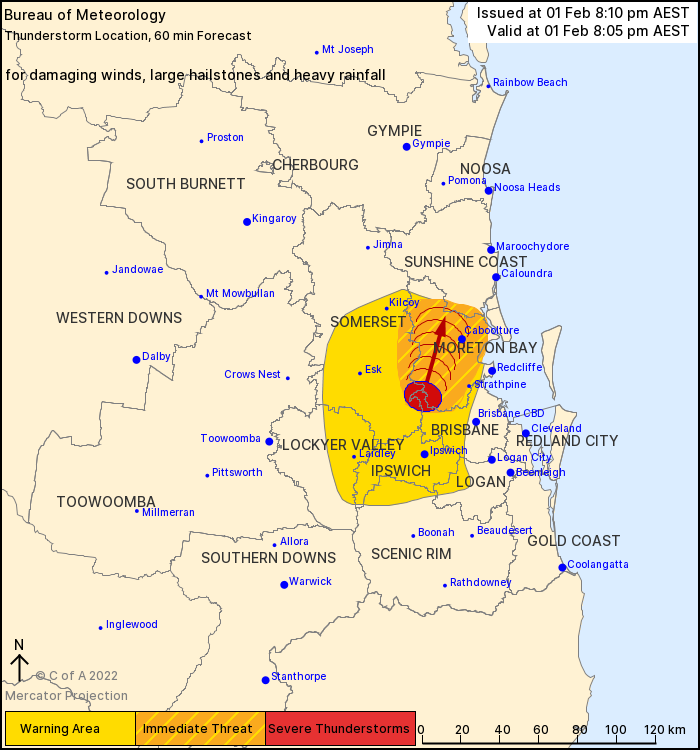