Minor flooding is possible in the flood watch catchments from early Wednesday.

Most catchments in the flood watch area are relatively wet from seasonal rainfall.

Rainfall totals of 15-25 mm are forecast in southern areas for Tuesday night, with a further 30-50 mm forecast for Wednesday in south eastern and eastern coastal areas. Showers are expected to fall as heavy snow above 700 metres.

River rises are expected with forecast rain and minor flooding may develop from early Wednesday. 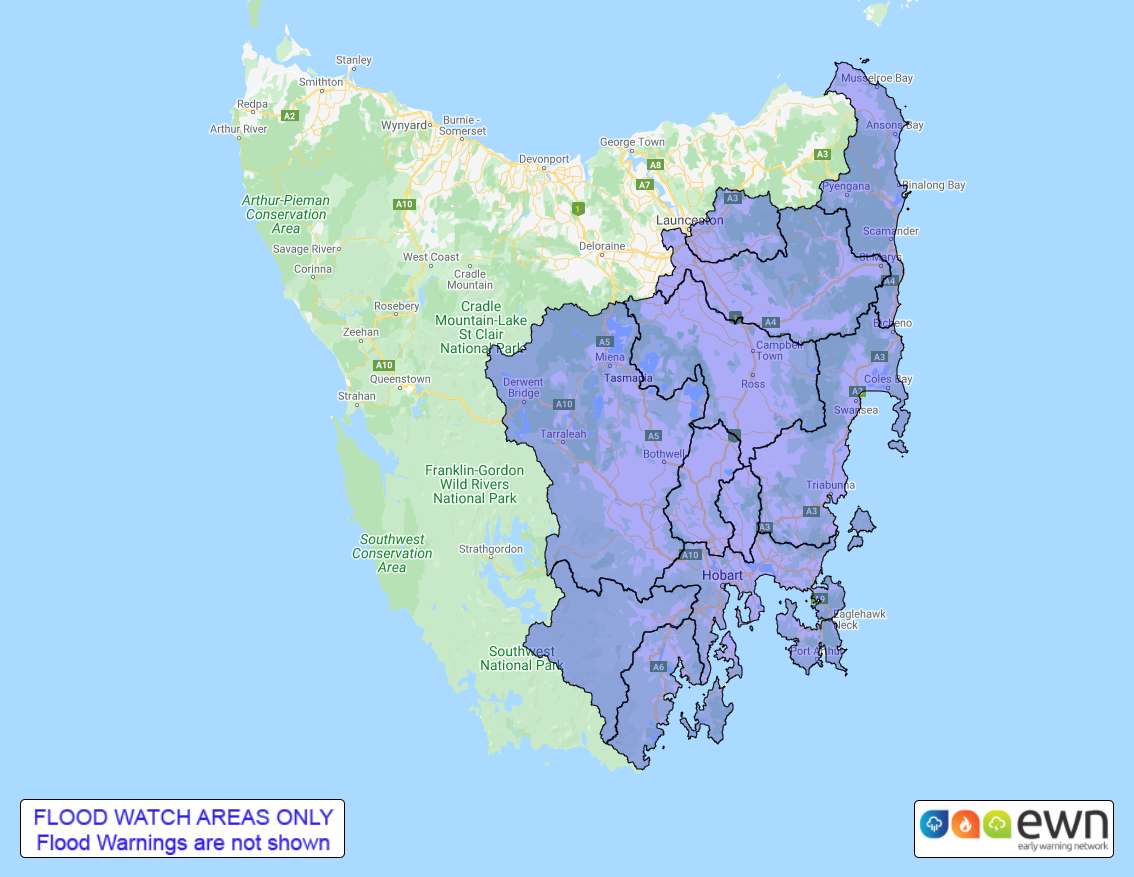