Minor flooding is possible in the flood watch catchments from Monday evening.

A low pressure system over Tasmania has brought an east to southeasterly flow over the State.

In the 24 hours to 9am Monday, rainfall totals of 10mm to 30mm were recorded in the flood watch catchments in the south and east of the state. Rainfall over the northern areas was generally less than 10mm.

Over the next two days widespread rainfall totals of 30-70 mm are forecast about the lower east and south east, with possible higher totals of 100 mm in isolated and elevated areas. The heaviest rain for the southeast is expected during Monday.

River rises are now occurring. With forecast rainfall minor flooding is possible in the south and east of the state from Monday evening and at some locations in the North and North East from Tuesday morning.

A Minor flood warning is current for the Huon River

Catchments likely to be affected include:
North Esk River 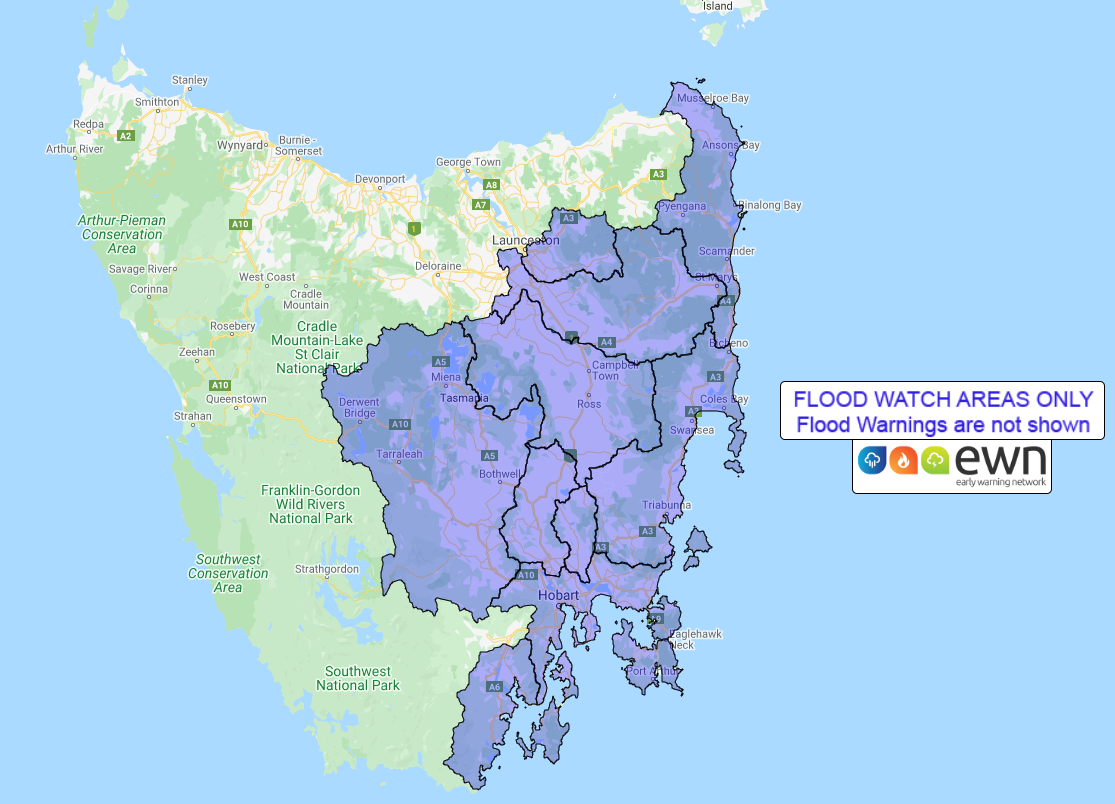