Areas of minor flooding are possible during Friday within the flood watch area.

A complex low-pressure system is over northern Tasmania and moving into Bass Strait during Friday evening.

Most catchments are relatively wet.

In the 24 hrs to 9:00 am Friday, widespread rainfall totals of 30 - 40 mm have been recorded across the flood watch catchments with totals of 50 - 60 mm at higher elevation.

River rises are occurring and minor flooding is possible at some locations.

Localised flooding is also possible during Friday with isolated storms. 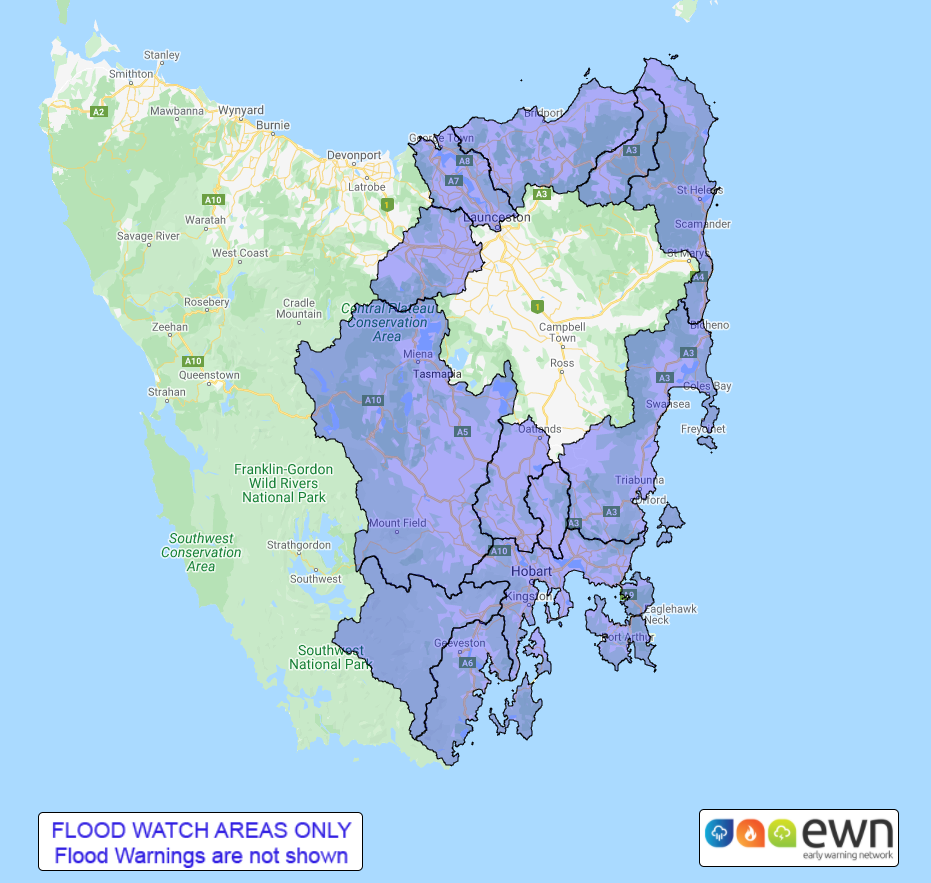