Minor flooding is likely to develop in the flood watch catchments during Sunday and moderate flooding is possible in some areas.

A low-pressure centre will move to the northeast of Tasmania during Sunday bringing heavy rain to the east of the state.

Most catchments in the flood watch area are relatively wet from recent rainfall. In the 24 hours to 9 am Saturday, localised rainfall totals up to 77 mm were recorded in northeastern Tasmania near St Marys.

Showers will persist for most parts of Tasmania during Saturday. Rain will redevelop Sunday with a further 50-100 mm expected for the east coast, with some locally higher falls possible. Rainfall totals of 20-40 mm are possible for the southeast during Sunday, with some higher totals possible over elevated areas.

River rises are occurring and with the forecast rain minor flooding is likely to develop in the flood watch catchments during Sunday and moderate flooding is possible in some areas. 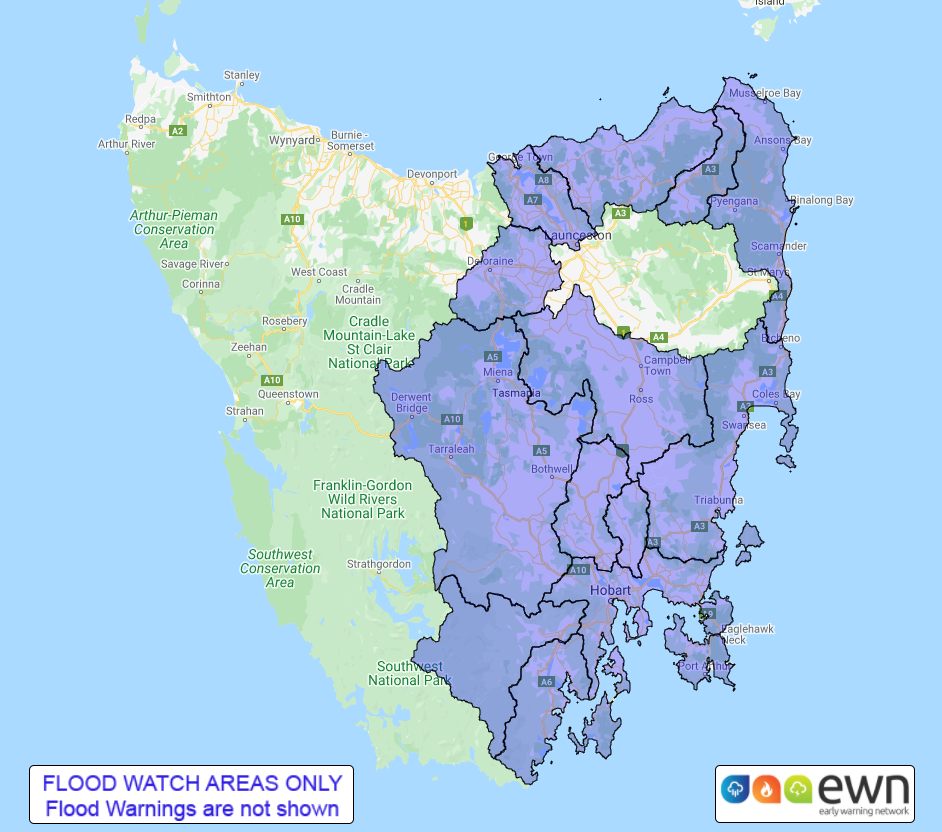