A deepening low pressure system off the NSW coast is moving southwards during Monday and will bring widespread rain throughout Gippsland. Heavy falls are possible in the far east and about the southern slopes of the ranges. The low will start to weaken and move eastwards on Tuesday.

Rainfall totals of 50-75 mm are forecast for East Gippsland and elevated parts of West and South Gippsland today. Isolated higher totals are possible, particularly in the far east of Gippsland.

With the forecast rainfall, river rises are expected and minor flooding may develop in the flood watch area from Monday night.

A Flood Warning is current for: Bemm, Cann and Genoa Rivers. 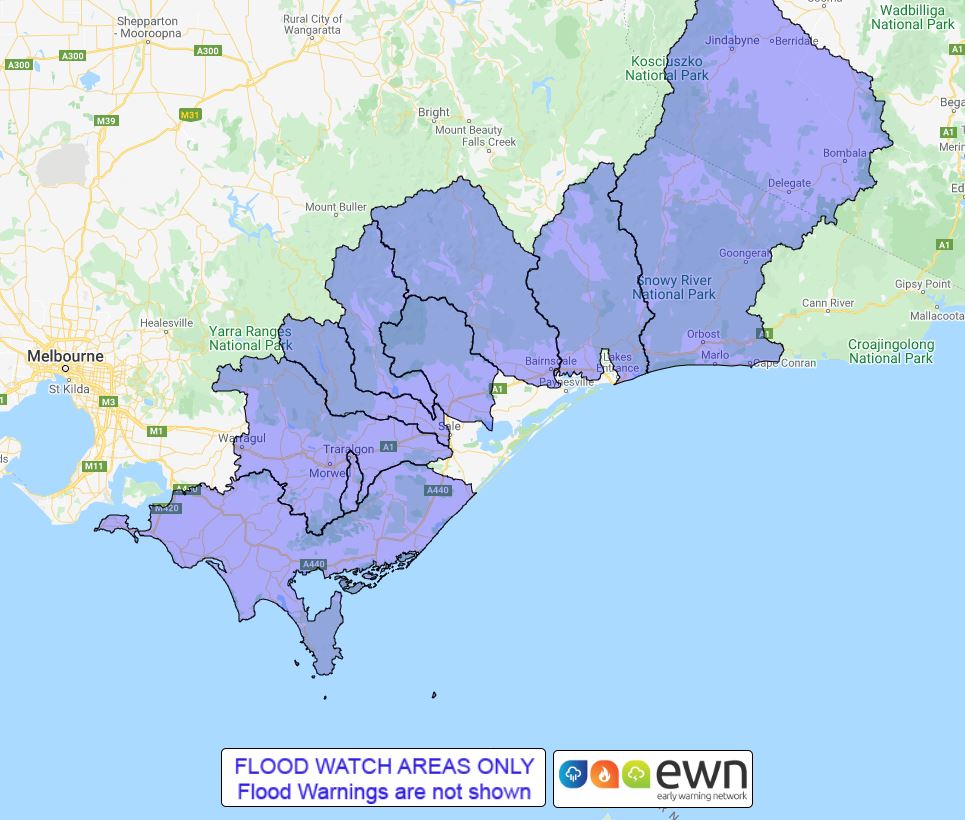