Areas of flooding are expected in parts of North East Victoria.

Rainfall in the 12 hours to 4:00 pm Sunday over north east Victoria has seen widespread totals of 40 to 60mm with high rainfall rates being recorded. Further areas of rainfall likely as the front moves rapidly east before moving off the coast in the evening.

The rainfall and wet catchments may lead to localised areas of flooding developing in parts of catchments in North East Victoria.

Flooding may occur in the following catchments: 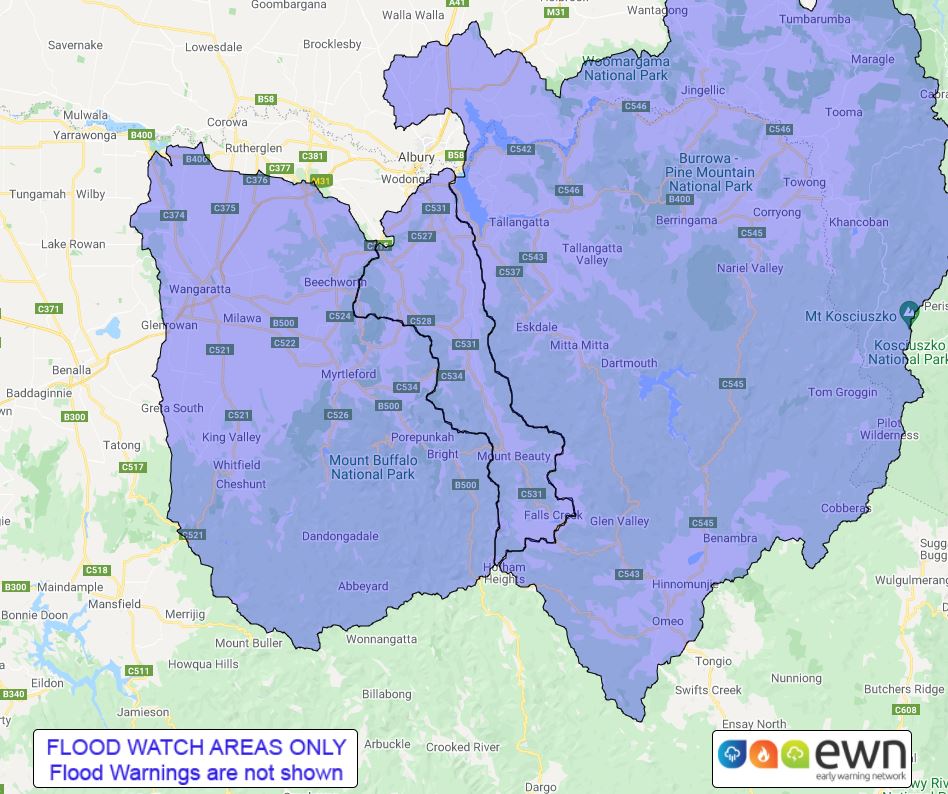