Re-issued to include Yarra River downstream of Coldstream as a flood watch catchment.

Isolated minor flooding is possible from overnight Saturday into Sunday in the catchments of the flood watch area.

River level rises and areas of isolated minor flooding is possible in catchments of the flood watch overnight Saturday and into Sunday.

Flood warnings have been finalised in the Traralgon Creek and Kiewa River catchments.

Flooding is no longer expected in the following catchments: Barwon, Leigh and Moorabool Rivers, Otway Coast and South Gippsland Rivers.

SES advises that all community members should:
Never walk, ride or drive through floodwater, Never allow children to play in floodwater, Stay away from waterways and stormwater drains during and after heavy rain, Keep well clear of fallen power lines Be aware that in fire affected areas, rainfall run-off into waterways may contain debris such as ash, soil, trees and rocks, and heavy rainfall increases the potential for landslides and debris across roads.

Current Road and Traffic Information is available at the VicRoads website:
http://traffic.vicroads.vic.gov.au/

Flood Warnings and Flood Watches for Victorian Catchments are also available
on: Telephone Weather Service No. 1300 659217. 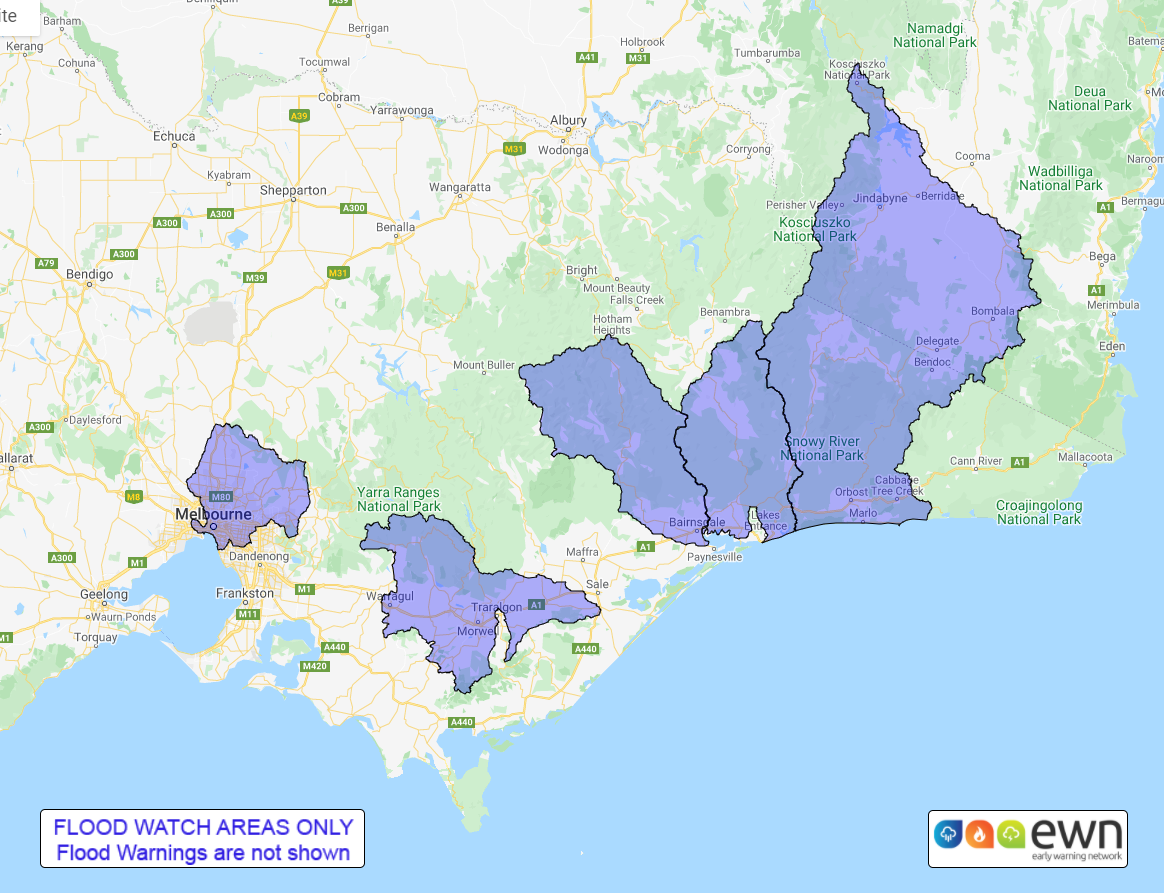