Weather Situation: A vigorous northwesterly flow is developing across Victoria today with a strong cold front entering the west of the State later in the day.

DAMAGING NORTHWESTERLY WINDS, averaging 50 to 60 km/h with peak gusts of around 90 km/h over western parts of the warning area are forecast to extend east this morning.

DAMAGING WINDS through the northwest of the State and through the Melbourne area are most likely with showers and thunderstorms this afternoon and early evening.

Westerly wind gusts of 90-100 km/h are also possible through the Melbourne area between around 3-6am Sunday, particularly near Bayside suburbs before easing during the morning.

DAMAGING WINDS are likely to contract to the southwest coast, Grampians and northeast ranges throughout Sunday morning.

Locations which may be affected include Mildura, Horsham, Warrnambool, Bendigo, Maryborough, Ballarat, Geelong and Melbourne.

The strongest gusts recorded so far: 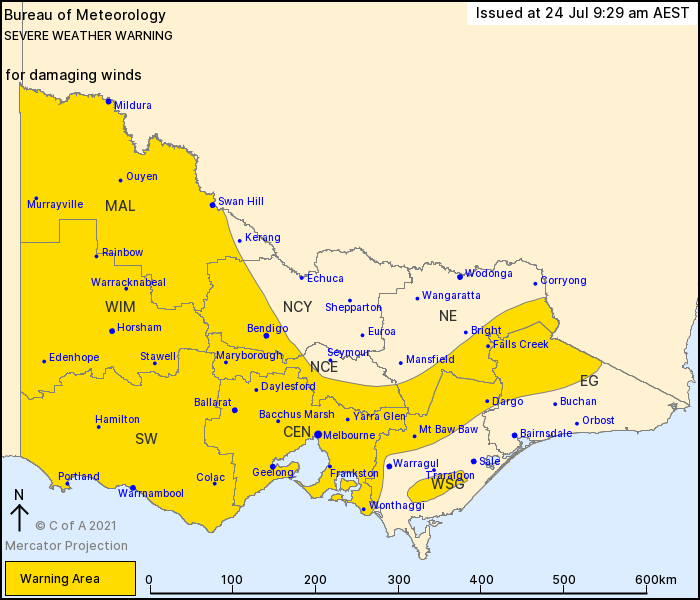