Weather Situation: A northerly airstream over Victoria will strengthen during Tuesday afternoon and evening as a strong cold front approaches the State from the west.

DAMAGING NORTHERLY WINDS, averaging 60 to 70 km/h with peak gusts of 90 to 100 km/h are expected to develop about western and central ranges of Victoria during Tuesday afternoon, then extend to the eastern ranges and to South Western Victoria during the evening.

Damaging winds are expected to extend over the Mornington Peninsula and the outer eastern suburbs of Melbourne, including the Dandenong Ranges, from late afternoon.

Damaging winds will tend westerly and continue about western, southern and northeastern Victoria during Wednesday.

Locations which may be affected include Horsham, Warrnambool, Seymour, Maryborough, Ballarat and Bacchus Marsh. 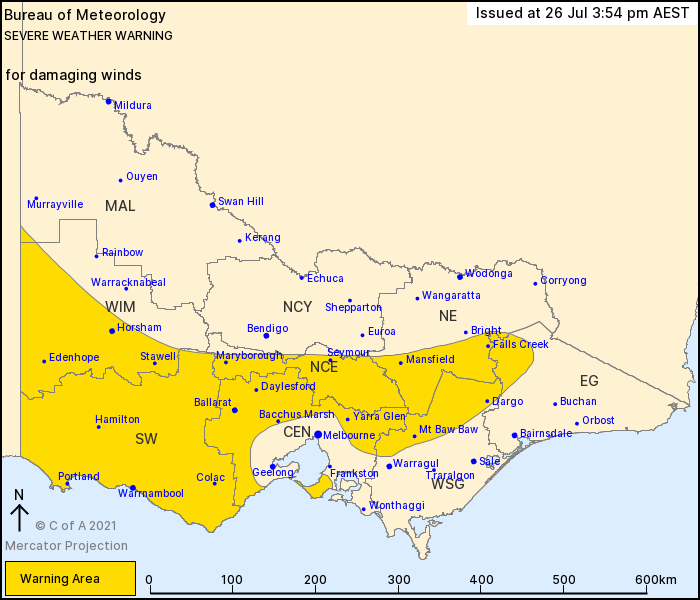