Heavy rainfall and localised flooding is expected from Thursday associated with a tropical low moving across from the Northern Territory.

Forecast rainfall in the affected catchments is expected to result in river rises, areas of flooding and adversely impact road conditions. Some roads may become impassible and communities linked by minor roads may become isolated. 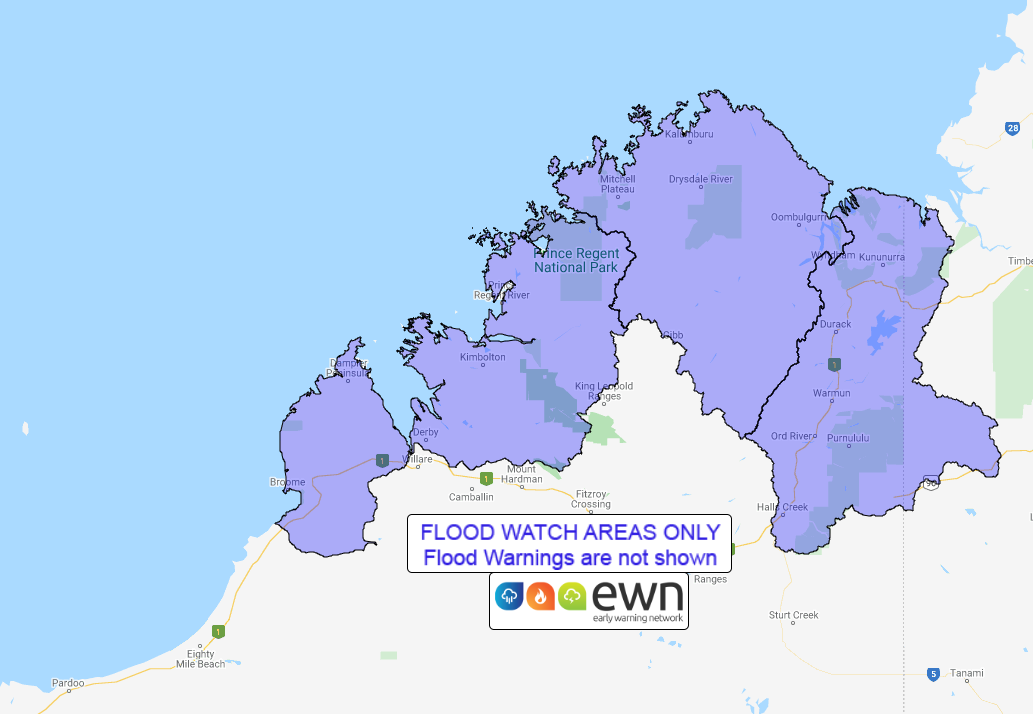