Heavy rainfall and areas of localised flooding is now occurring in the Kimberley District.

On Monday morning the centre of ex-Tropical Cyclone Esther was located about 150km south southeast of Fitzroy Crossing, moving towards the east southeast at around 15 km/h. The low is expected to cross into the Northern Territory late tonight or early Tuesday morning. Squally thunderstorms and heavy rainfall will continue, particularly close to the tropical low's centre.

Rainfall will continue in the Southern Kimberley and Northern Sandy Desert including the Gibson Desert during Monday.

Likely 24 hour rainfall totals of 100-200 mm with isolated falls up to 350 mm are possible in the Southern Kimberley and Northern Sandy Desert during Monday.

Specific warnings are current for the Ord River, North and West Kimberley District Rivers the Fitzroy River and the Sturt Creek District.

Forecast and observed rainfall in the affected catchments is expected to result in river rises, areas of flooding and adversely impact road conditions. Some roads may become impassable and communities linked by roads may become isolated.

Catchments likely to be affected include:
Sandy Desert 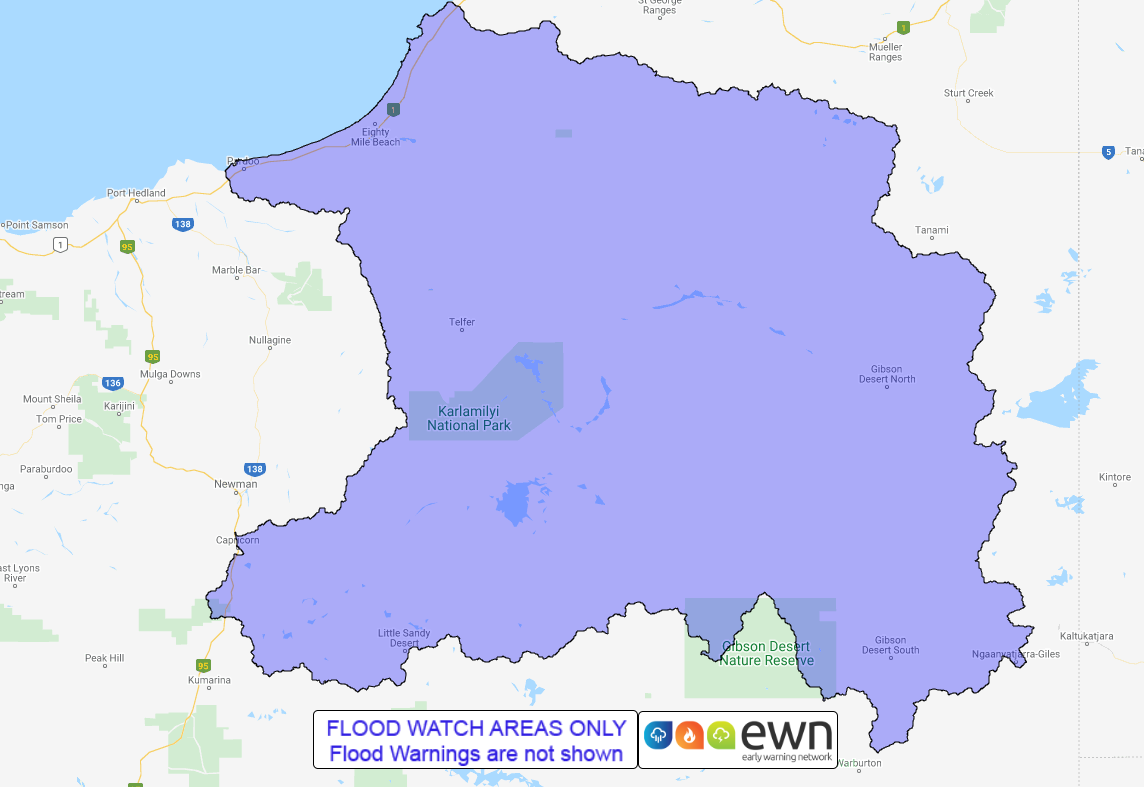