Heavy rainfall and localised flooding is expected from Monday evening in the South Coastal Rivers.

Rainfall will start in South West District Rivers Monday evening before moving into the central and eastern parts of the South Coastal Rivers on Tuesday.

Although the catchments are dry, localised flooding is possible.

48 hour rainfall totals may reach between 70 - 90 mm in the central and eastern parts of the South Coastal Rivers between Hopetoun and Esperance. Heaviest falls expected closer to the coast.

Forecast rainfall in the affected catchments is expected to result in river rises, areas of flooding and adversely impact road conditions. Some roads may become impassable and communities linked by roads may become isolated. 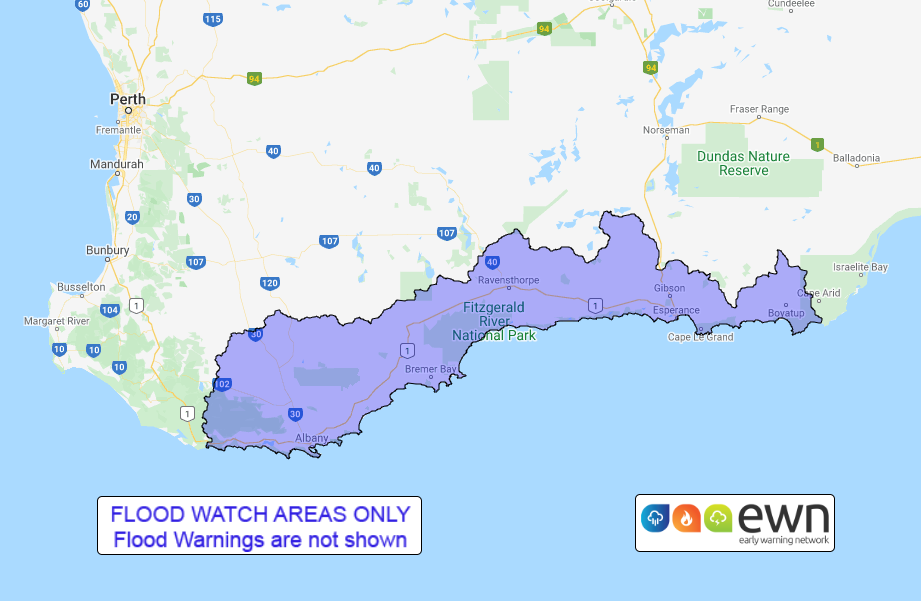