Heavy rainfall and localised flooding is expected to continue at times for South Coastal Rivers.

Falls of 50 to around 100 mm were reported to near coastal areas of the South Coastal Rivers district with falls generally lighter further inland. The highest fall in the 24 hours to 9am Tuesday was at Many Peaks with 108 mm.

For the Southern Coastal Rivers district a further 20-70 mm along coastal parts and in the west and east over the next 36 hours.

Forecast rainfall in the affected catchments is likely to result in some further river rises at times resulting in areas of flooding and adverse impact on road conditions. Some roads may become impassable and communities linked by roads may become isolated. 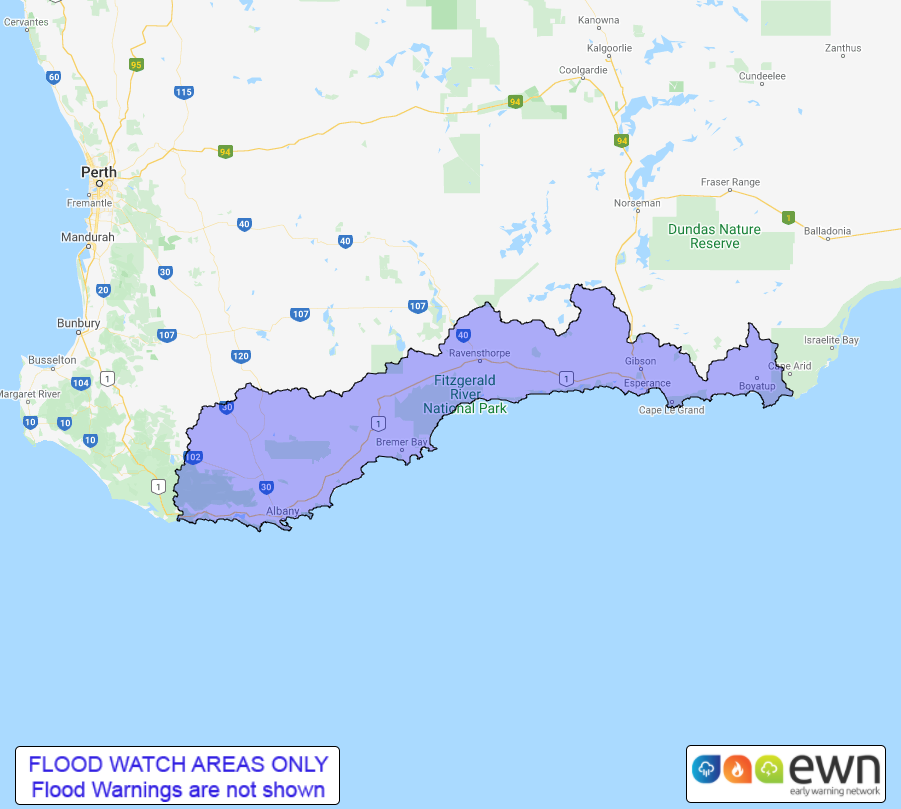