FLOODING MAY DEVELOP IN THE SWAN, MURRAY AND HARVEY RIVER CATCHMENTS

A strong cold front is continuing to move over southeast and central parts of the State through Tuesday before weakening Tuesday evening and is expected to continue to bring showers to the Lower West and South West District Rivers.

Another strong cold front is expected to move over the Lower West and South West on Thursday into Friday bringing moderate showers.

Rainfall totals of 20 - 85 mm have been recorded in the flood watch catchments during the 24 hours to 9:00 am Tuesday.

Further rainfall 10 - 15 mm with possible isolated rainfall of 15 - 20 mm is expected for the rest of Tuesday and into Wednesday.

A second cold front will bring a further 15 - 30 mm of rainfall totals in 48 hours with isolated totals of 50 - 60 mm in the Lower West and South West District Rivers Thursday into Friday.

Rapid and flash flooding of low lying areas and river rises are expected. Many roads, and possibly primary and secondary roads, may be affected.

A Flood Warning as been issued in the following catchments: Avon River.

Community information is available from DFES at https://www.emergency.wa.gov.au/

Current river levels are available from Department of Water and Environmental Regulation at www.water.wa.gov.au/maps-and-data/monitoring/river-level-monitoring 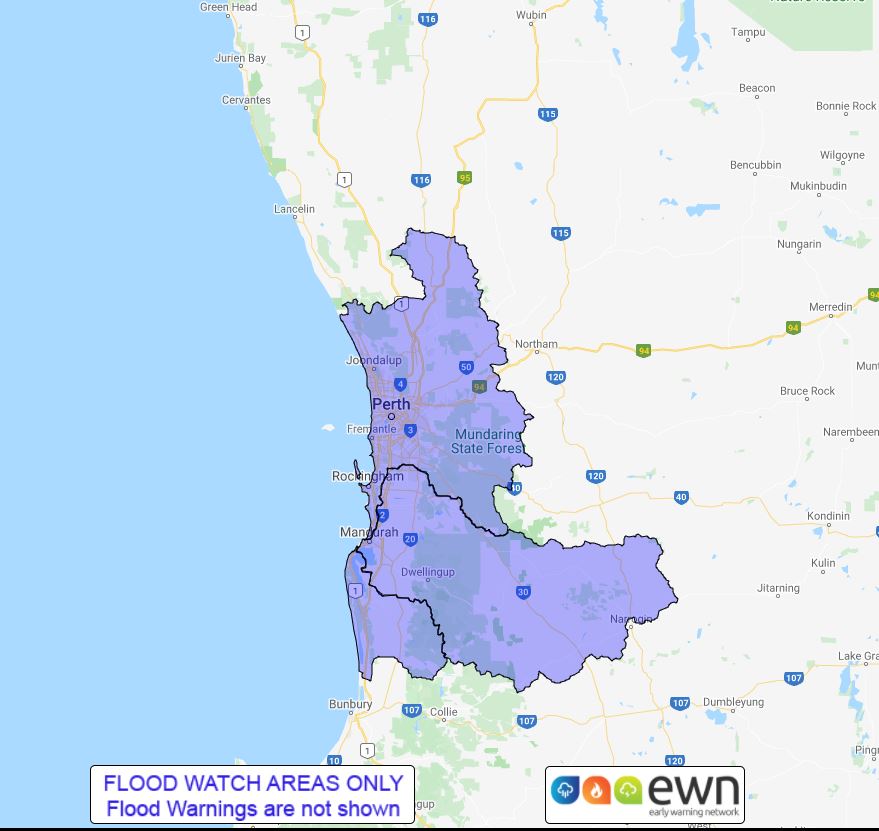