Severe storms extending from the Central Gascoyne to northern parts of the Great Southern.

Severe thunderstorms are likely to produce heavy rainfall that may lead to flash flooding, damaging winds and large hailstones in the warning area over the next several hours. Locations which may be affected include Meekatharra, Mount Magnet, Narrogin, Northam, Lake Grace, Morawa, Pingelly, Wongan Hills.

Severe thunderstorms are likely to produce intense rainfall that may lead to dangerous and life-threatening flash flooding over the next several hours in parts of the Central West and Central Wheat Belt districts. Locations which may be affected include Merredin, Beacon, Mukinbudin, Paynes Find, Southern Cross and Yalgoo.

2-4cm hail stones were observed in the area of Kalannie around 1:30 pm.

19.6mm in 30 minutes at Badgingarra earlier this afternoon. 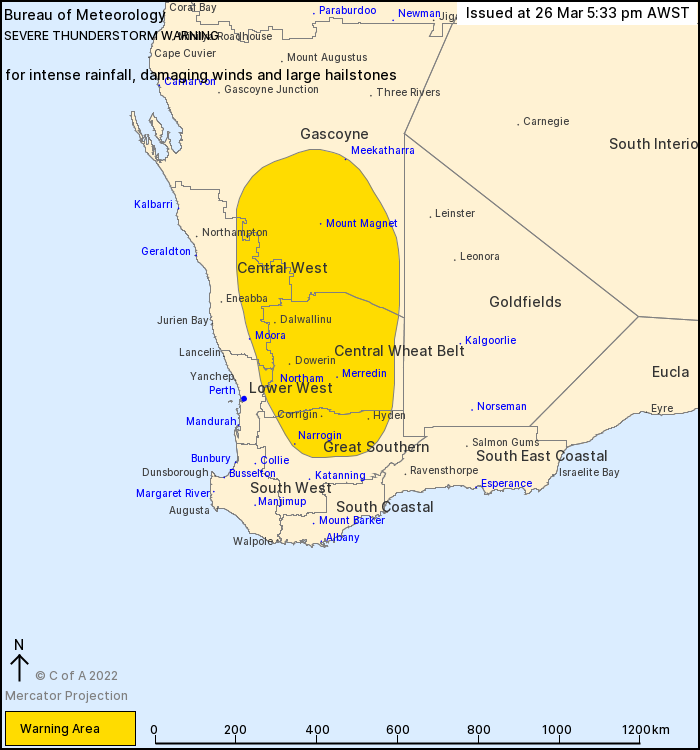