Severe thunderstorms continue to develop through central western parts of the state this afternoon.

Weather Situation: Thunderstorms continue to develop in a humid airmass to the east of a trough down the west coast today, supported by an upper trough to the west of the state.

Severe thunderstorms are likely to produce damaging winds and heavy rainfall that may lead to flash flooding over the next several hours in the Gascoyne, Central West and parts of the Pilbara, Lower West and Central Wheat Belt districts. Locations which may be affected include Geraldton, Kalbarri, Meekatharra, Merredin, Moora, Mount Magnet, Northam and Paraburdoo.

Severe thunderstorms are likely to produce damaging winds, large hailstones and heavy rainfall that may lead to flash flooding over the next several hours in the Central West and parts of the Gascoyne and Central Wheat Belt districts. Locations which may be affected include Dalwallinu, Eneabba, Morawa and Mullewa. 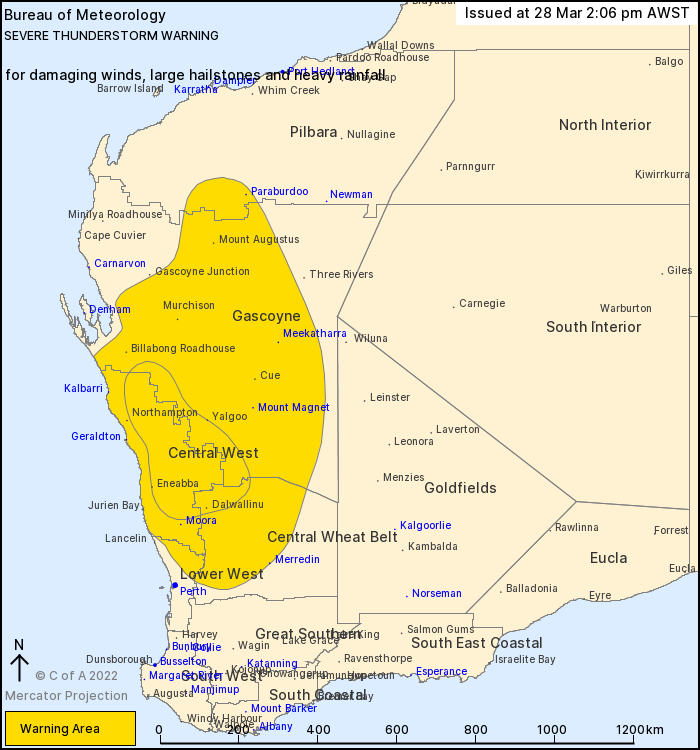