Severe thunderstorms have produced very heavy rainfall totals across parts of SE QLD overnight, with the northern suburbs of Brisbane and Sunshine Coast bearing the brunt of the activity.

The rain was so heavy in some areas, that homes and businesses were flooded, including Anytime Fitness at Caboolture that was evacuated.

Whilst the rainfall was a welcome relief for residents across northern SE QLD, it has done little to ease the pain for drought stricken regions across inland parts of the state. And with the potential for heatwave conditions to develop later this week, fire dangers are once again expected to increase significantly across southern QLD. 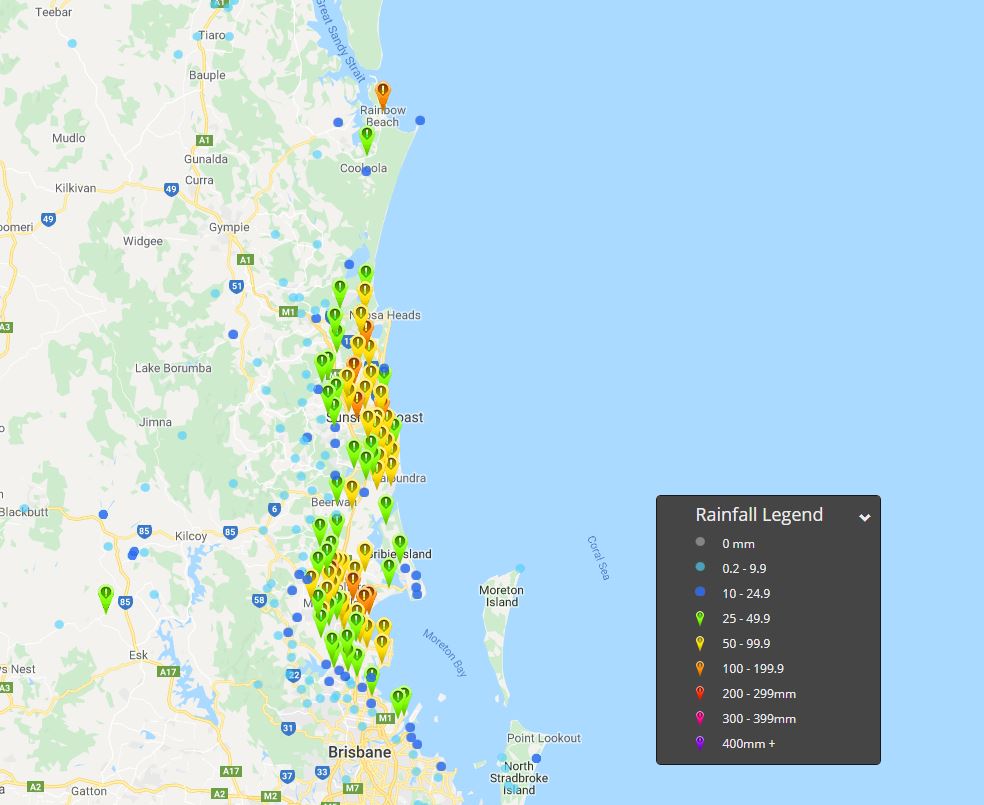