Late this weekend, a coastal trough is expected to move towards the North Queensland coast, with showers, rain periods and isolated thunderstorms expected to develop.

24hour rainfall totals of up to 200mm are expected for coastal locations between Cooktown and Townsville, with heavier falls possible, particularly with convergence zones and thunderstorm activity.

A flood watch is current for rivers and creeks from Cooktown to Innisfail, with riverine flooding likely to develop late Sunday and into Monday in response to heavy falls.

This comes less than 2 weeks after the same catchments came under threat from heavy rain due to a developing tropical low.

The peak of the activity is expected overnight Sunday and into Monday, with further heavy rain periods expected to steadily ease into Tuesday. 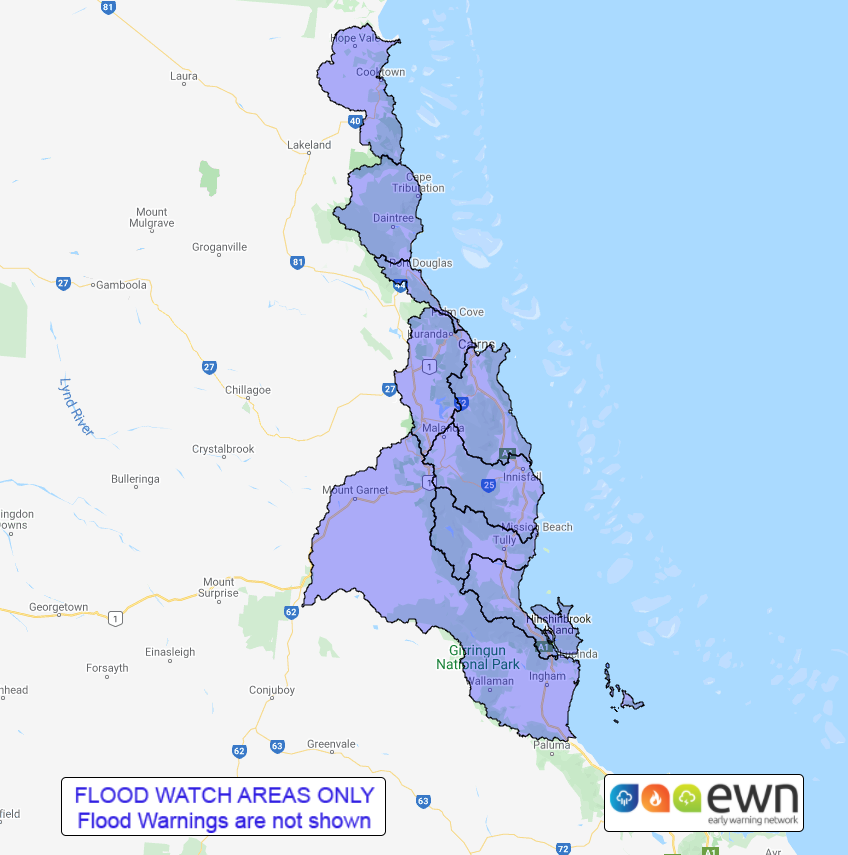 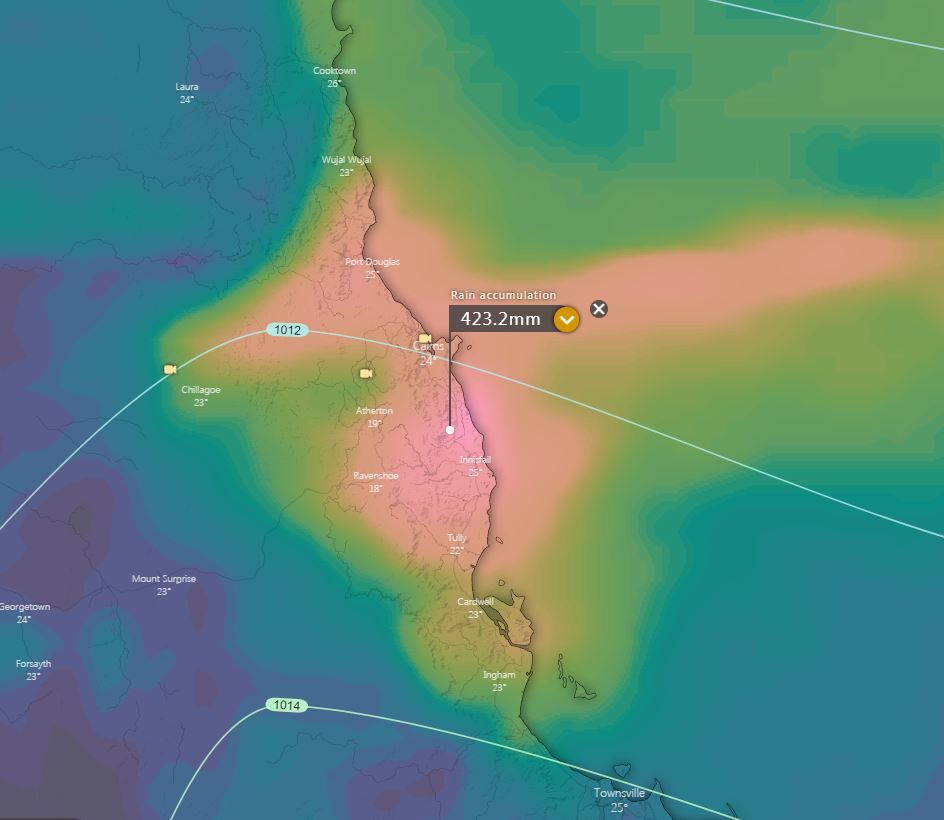