A trough over western inland New South Wales will generate further moderate to heavy rain in many areas of the Central West on Thursday. This may cause minor flooding along the Castlereagh, Macquarie and Bell Rivers from Thursday night.

Renewed minor flooding is also possible along the Bogan River where a flood warning is current.

The Bureau is continuing to monitor the situation and will issue further catchment specific warnings if and when required.

The weather system is expected to cause flooding for the catchments listed.
Flood Classes (minor, moderate, major) are only defined for catchments where the Bureau provides a flood warning service.

Flood warnings are current for the Culgoa, Bokhara, Bogan, Paroo and Warrego Rivers. 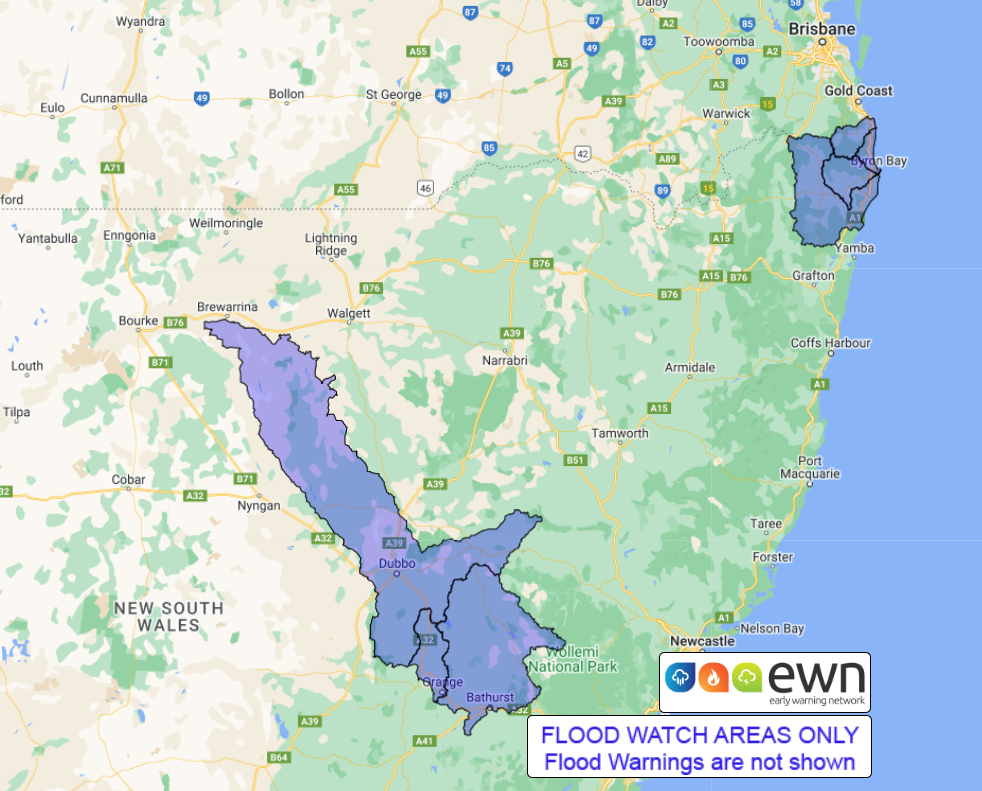