Issued at 12:52 am Thursday, 4 August 2022.
Severe thunderstorms developing over southern parts of the State.

Weather Situation: A warm tropical airmass is combing with a mid-level trough and frontal system.

Severe thunderstorms are likely to produce damaging winds, large hailstones and heavy rainfall that may lead to flash flooding in the warning area over the next several hours.
Locations which may be affected include Cooma, Wagga Wagga, Albury, Tumbarumba, Narrandera and Lockhart. 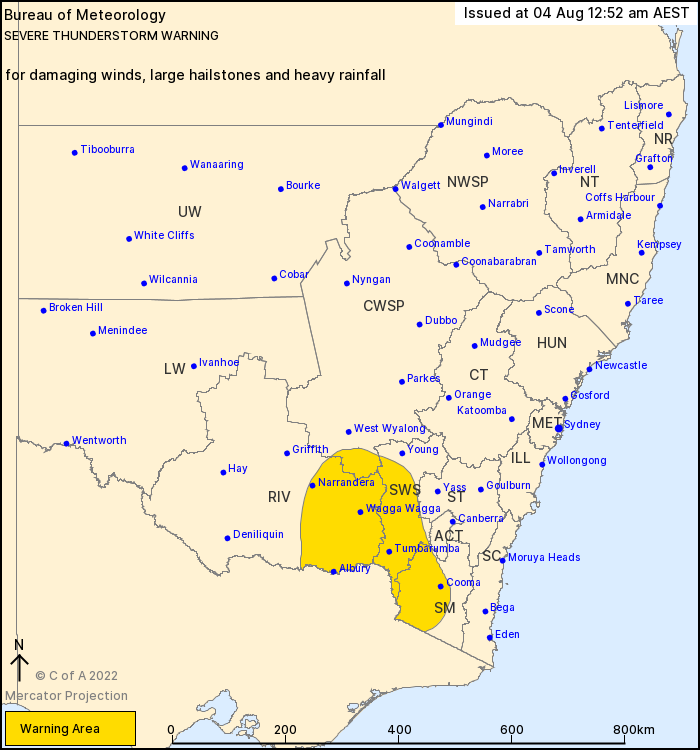