MINOR TO MODERATE FLOODING IS POSSIBLE FROM SUNDAY EVENING

A deepening low currently off the central Queensland coast is likely to bring heavy rainfall to the Flood Watch area from Sunday evening and continue into Monday. The heaviest falls are likely to occur around the Wide Bay and Sunshine Coast areas Sunday evening and overnight, extending southwards to the Queensland - New South Wales border during Monday.

A Severe Weather Warning is current for parts of the Wide Bay and Burnett and Southeast Coast Forecast Districts.

Catchments to the north of the Sunshine Coast are generally dry and will be slower in responding to heavy rainfall. Catchments in southeast Queensland however are wet from recent rainfall and will likely to respond quickly.

Localised flooding and disruption to some transport routes are likely.

Catchments likely to be affected include:
Dawson and Don Rivers 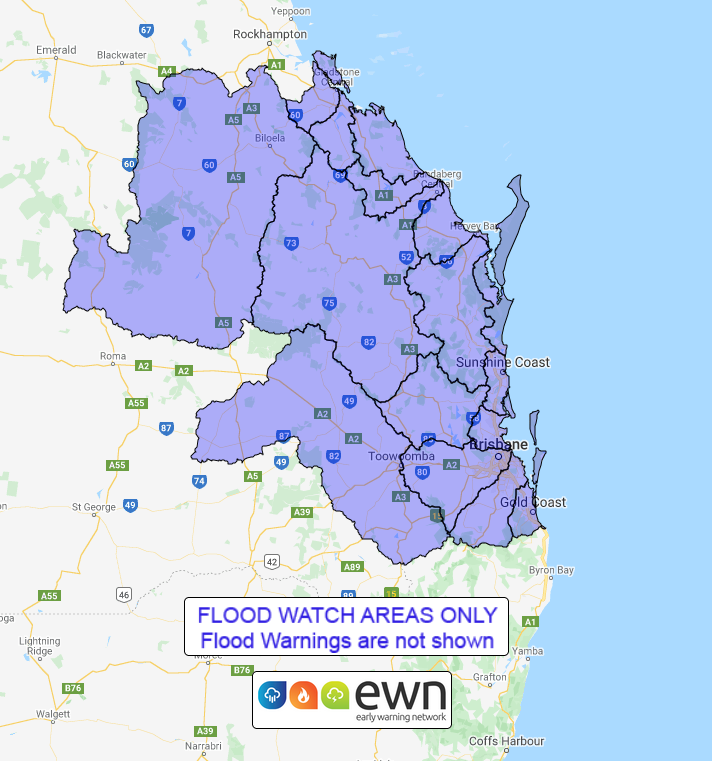