MINOR TO MODERATE FLOODING IS LIKELY ACROSS THE FLOOD WATCH AREA FROM FRIDAY WITH ISOLATED MAJOR FLOODING POSSIBLE.

A strong upper trough is moving eastward across Queensland. Widespread rainfall and stream showers expected across the Flood Watch area with a risk of isolated thunderstorms across northern parts. Locally heavy falls are possible during the rest of today and Friday, likely easing into the weekend as the upper trough moves just offshore.

Catchments in the Flood Watch area are generally saturated from rainfall over the last few days and weeks. Smaller creeks and tributaries may respond rapidly to further rainfall.

A severe weather warning is current for parts of the Flood Watch area.

Minor to moderate flooding is likely with isolated major flooding in areas of higher rainfall. Some catchments within the Flood Watch area have existing flood warnings and with further forecast rainfall additional or renewed rises are possible in these catchments.

The situation will be monitored closely and further flood warnings will be issued where required.

See www.bom.gov.au/qld/warnings to view the current flood warnings for Queensland.
For more information on the Flood Watch Service:
http://www.bom.gov.au/water/floods/floodWarningServices.shtml 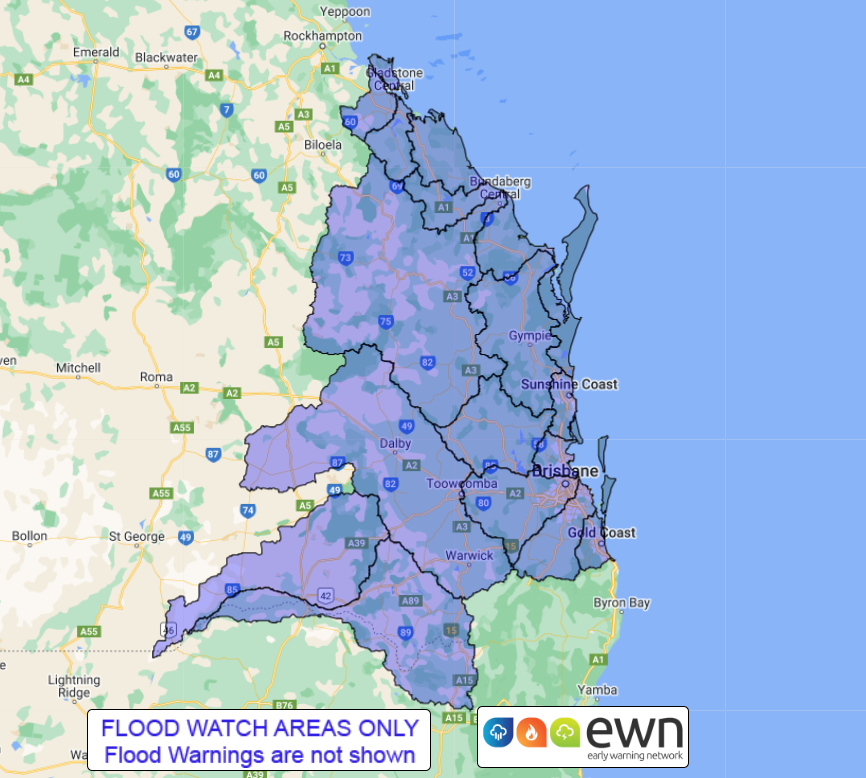