For people in Wide Bay and Burnett, Southeast Coast and parts of Capricornia and Darling Downs and Granite Belt Forecast Districts.

Locally INTENSE RAINFALL which may lead to DANGEROUS AND LIFE-THREATENING FLASH FLOODING is possible with thunderstorms. A separate Severe Thunderstorm Warning will be issued if very dangerous thunderstorms with intense rainfall are detected.

Various Flood Watches and Warnings are current across the area, see http://www.bom.gov.au/qld/warnings/. 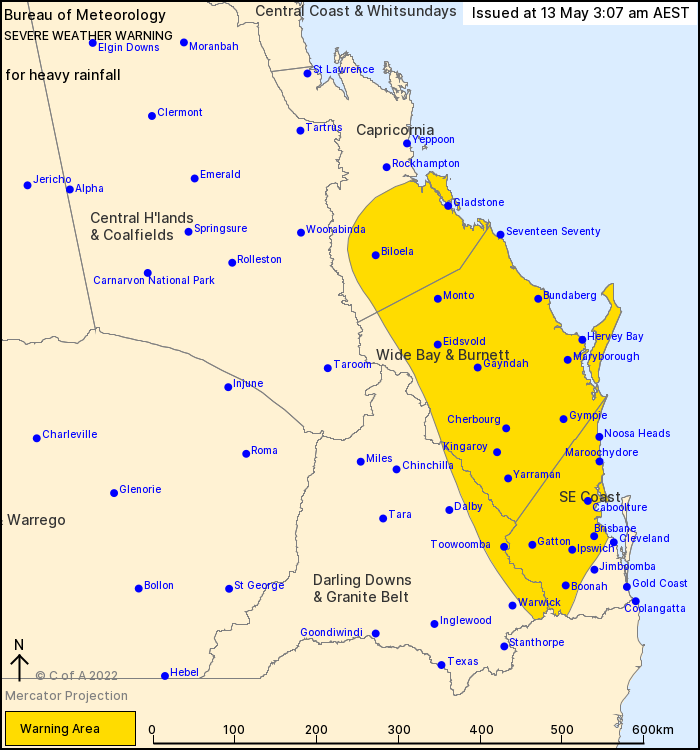