Weather Situation
Hot to very hot, and very windy in parts. Strong and gusty winds, potentially reaching gale force in north during the late morning and early afternoon, ahead of a milder west to southwesterly change during the afternoon and evening.
Scattered gusty thunderstorms with little rainfall through northern and eastern parts. Areas of raised dust likely in the north and east.

The Country Fire Service advises you to:
- Action your Bushfire Survival Plan now.
- Monitor the fire and weather situation through your local radio station,
www.cfs.sa.gov.au, and www.bom.gov.au.
- Call 000 (Triple Zero) in an emergency.
For information on preparing for bushfires go to www.cfs.sa.gov.au. 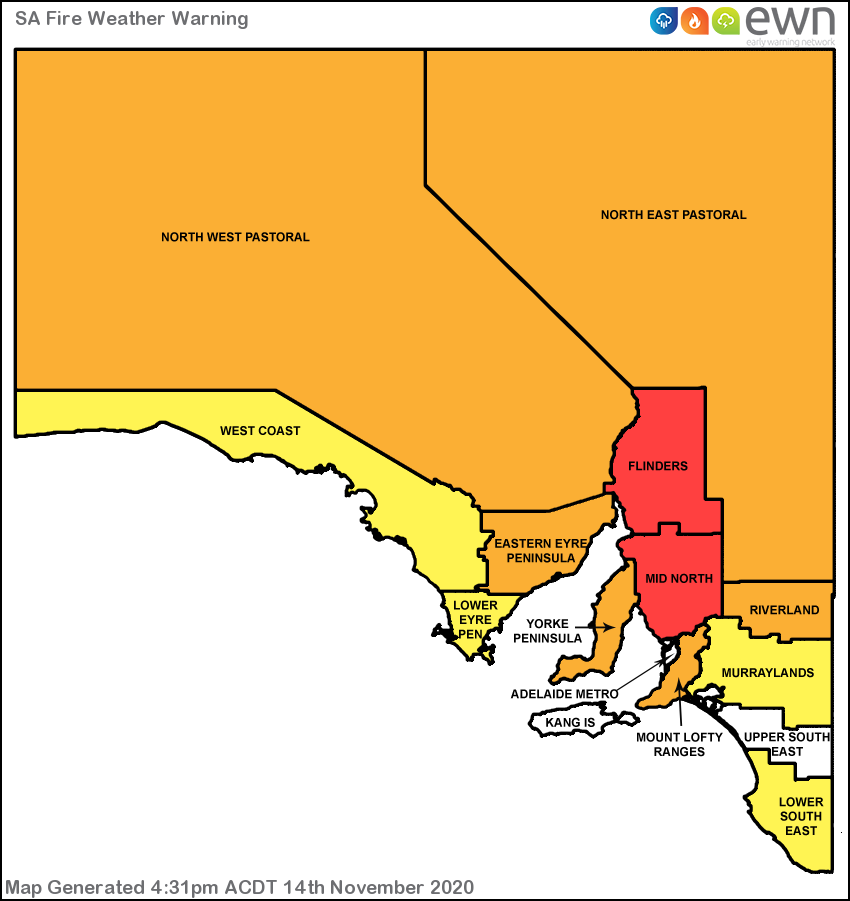