Weather Situation: A strong north to northwesterly airstream ahead of a cold front over southern parts of the State today. The front will move over Eyre Peninsula during the late afternoon and central districts during the evening.

North to northwesterly winds averaging 50-60 km/h at times with peak gusts in excess of 90 km/h are possible over the warning area over the next several hours, contracting to the far southeast during the evening.

Some shower activity is expected ahead of the front, with heavier gusty showers developing about western and southern coastal areas near the front.

Locations which may be affected include Mount Gambier, Murray Bridge, Naracoorte, Victor Harbor, Meningie and Lucindale.

Minlaton and Roseworthy have also recorded mean winds of 65 km/h. 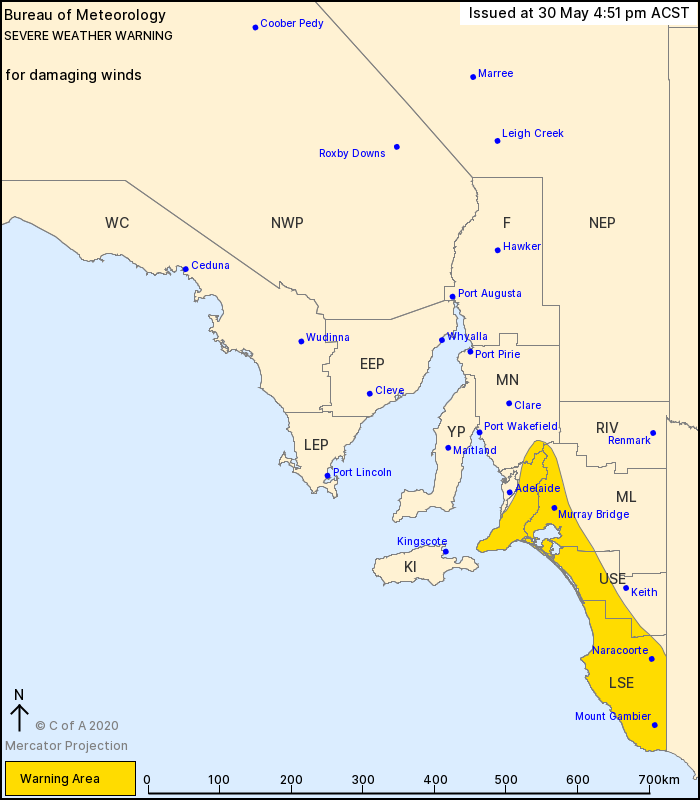