River rises are expected in response to recent rainfall and flooding may develop at some locations.

A slow moving low in the Tasman Sea to the northeast of Tasmania, extends a trough over the state.

Catchments are wet from rainfall last week and river levels remain elevated at some locations.

In the 24 hours to 9am Friday, rainfall totals of 10-65 mm were recorded along eastern Tasmania.

For Friday showers about eastern, central and southern areas, easing during the morning and afternoon. For the next 24 hours, forecast rainfall totals are expected to be less than 5 mm.

Renewed river rises are expected in response to recent rainfall. Flooding may develop at some locations. Localised flooding is also possible in areas that receive heavy rainfall.

High river levels and strong and dangerous flows will be a hazard over the coming days.

Additional catchment specific warnings will be issued if and when required. 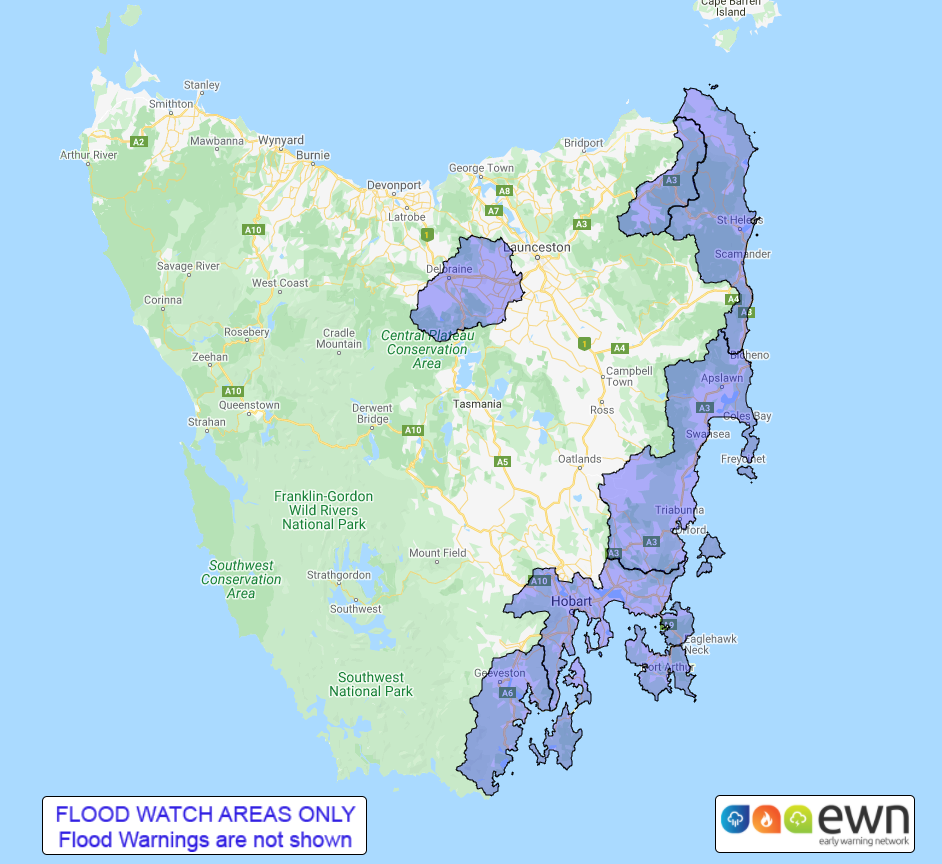