About the southern Gippsland coast and the central and Gippsland ranges, southerly winds are likely to average 60 to 70 km/h overnight WEDNESDAY into THURSDAY, with peak gusts reaching around 110 km/h. Peak gusts about the central highlands and western Alpine peaks are expected to reach 115-120 km/h during the same period.

BLIZZARD conditions are possible about the alpine peaks late WEDNESDAY and THURSDAY morning.

Damaging winds will contract to southern parts of Gippsland during Thursday morning before easing below warning thresholds by early Thursday afternoon.

Locations which may be affected include Warrnambool, Bendigo, Seymour, Maryborough, Ballarat, Melbourne and Traralgon. 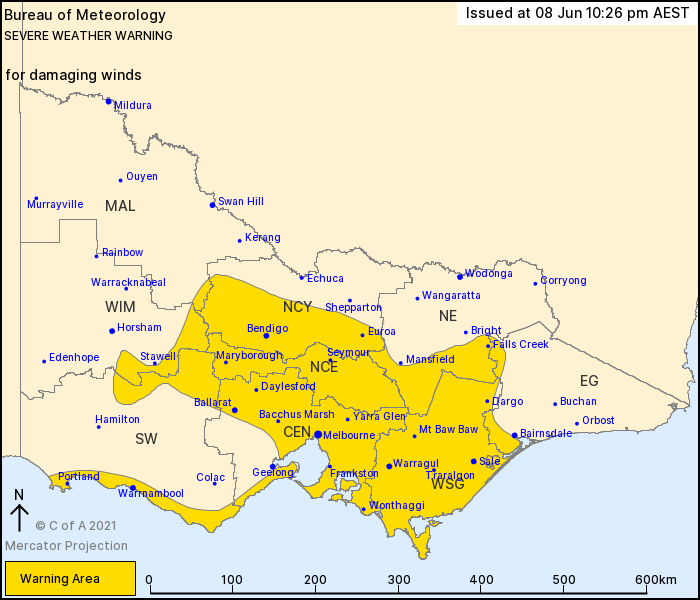